California Poppy is an herb that has some bioactive alkaloids which may be nootropic or cognitive enhancing in nature; It is currently in the exploratory stages of research.

California Poppy is a herb with the taxonomical designation of eschscholzia californica (genus and species, respectively) and is within the family of Papaveraceae.[2] The Californian Poppy is deemed an invasive species in Chile[3] similar to how Japanese Knotweed is also deemened an invasive species but in North America normally grows (and not deemed invasive) throughout California, usually below 5000 feet, and in parts of Oregon and Washington as well as the Mojave Desert where it has the densest population.[4] 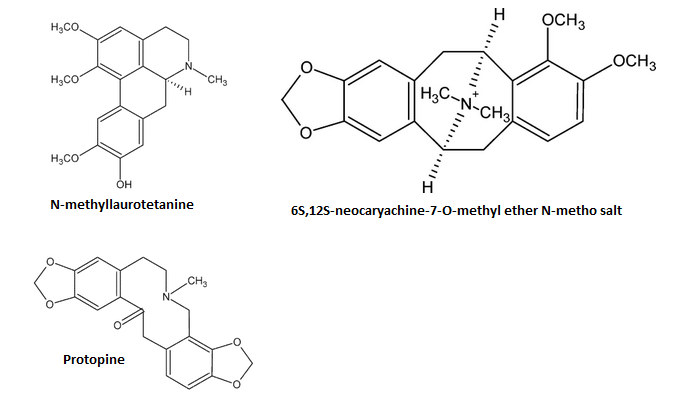 One study using rats as a model to study two alkaloids in California Poppy, Californine and Protopine, noted that both alkaloids were subject to metabolism by Catechol-O-Methyltransferase and subsequently conjugated in the urine.[7]

One study combining California Poppy with Crataegus oxyacantha in 264 patients with diagnosed General Anxiety Disorder of mild to moderate intensity over a period of three months given combination therapy (75mg dry hydroalcoholic extract of CO, 20mg dry water extract of CP; 75mg elemental Magnesium) or placebo showed statistically significant benefits associated with all parameters of Anxiety (assessed by Hamilton Anxiety Scores) on day 14, 60, and 90 with a dip at day 30 where placebo was effective enough to make no significant difference; side effects did not differ between groups.[1]

Animal studies on anxiety with California Poppy (aqueous extract) show benefit with 25mg/kg daily.[9] 200mg/kg of a 60% aqueous extract (injections) appears to have anxiolytic properties in animals as well with nonsignificantly different potency when compared to 2mg/kg Midozolam (although it trended to be weaker).[10]

Appears to have moderate to weak anti-anxiety actions, but insufficient human testing (only current study is confounded with the inclusion of another herb)

100mg/kg of the aqueous extract of California Poppy in rats appears to accelerate the induction of sleep, which demonstrates sedative actions.[9] These sedatory actions (in another test using 200mg/kg injections) were partially antagoniszed by ﬂumazenil by about half, a benzodiazepine and GABA antagonist.[10]

An anticholinergic test with up to 400mg/kg of a 60% water extract of California Poppy failed to exert anticholinergic effects.[10] These lack of effects may be due to using a water extract in this study, as an ethanolic extract of the roots and aerial parts (leaves) has two alkaloid components (reticuline 9 and 14) that inhibit acetylcholinesterase enzymes; no effect was noted on butyrylcholinesterase.[11]

Highly potent interactions at the level of the receptor with the ethanolic extract, but it is not known whether this is an agonist (activator) or antagonist (inactivator), or whether it is biologically relevant

In human recombinant Sf9 cells, 9mcg/mL of the 70% ethanolic extract showed inhibition of 30+/-7% of Alpha-2-Adrenergic receptors; less potent than the active control of yohimbine with an EC50 of 8.5nM.[4]

Some beta-blocking potential exists, with this extract inhibiting 32 +/-3% of binding to Beta-1-Adrenergic receptors, but underperformed relative to the active control of Propanolol (1.8nM EC50).[4]

The 60% water extract of the plant has failed to exert antihistaminic effects in an animal ileum[10] while the alkaloids in the ethanolic extract failed to show any significant affinity for Histamine receptors.[4]

Some inhibitory potential was noted against the Adenosine A1 receptor in vitro with 70% ethanolic extract of California Poppy, inhibiting 21 +/-5% of receptor binding; this was weaker than the active control Dipropylcyclopentylxanthine (1200nM EC50).[4]

Californian poppy, at 9mcg/mL (a concentration seen as active) of the 70% ethanolic extract failed to show binding to the Cannabinoid CB1 receptor.[4]

This page features 11 references. All factual claims are followed by specifically-applicable references. Click here to see the full set of research information and references for Eschscholzia californica.