Tinnitus (pathological ringing of the ears) is known to be affected by various supplements, which may reduce the degree tinnitus disturbs sleep or impairs quality of life.

Tinnitus[1] is defined as a condition during which a person hears sound that isn’t caused by an external source. The sound most people with tinnitus describe is a steady, high-pitched ringing, but the sound has also been described as continuous or intermittent whistling, static, whooshing, musical noise, or buzzing. Approximately 1 in 10 adults[2] in the U.S. experienced at least one bout of tinnitus over the course of a year, with just over a third of those reporting chronic problems. If tinnitus is persistent and intolerable or extremely bothersome, it can cause functional impairment[3] in thought processing, emotional state, hearing, sleep, and concentration. 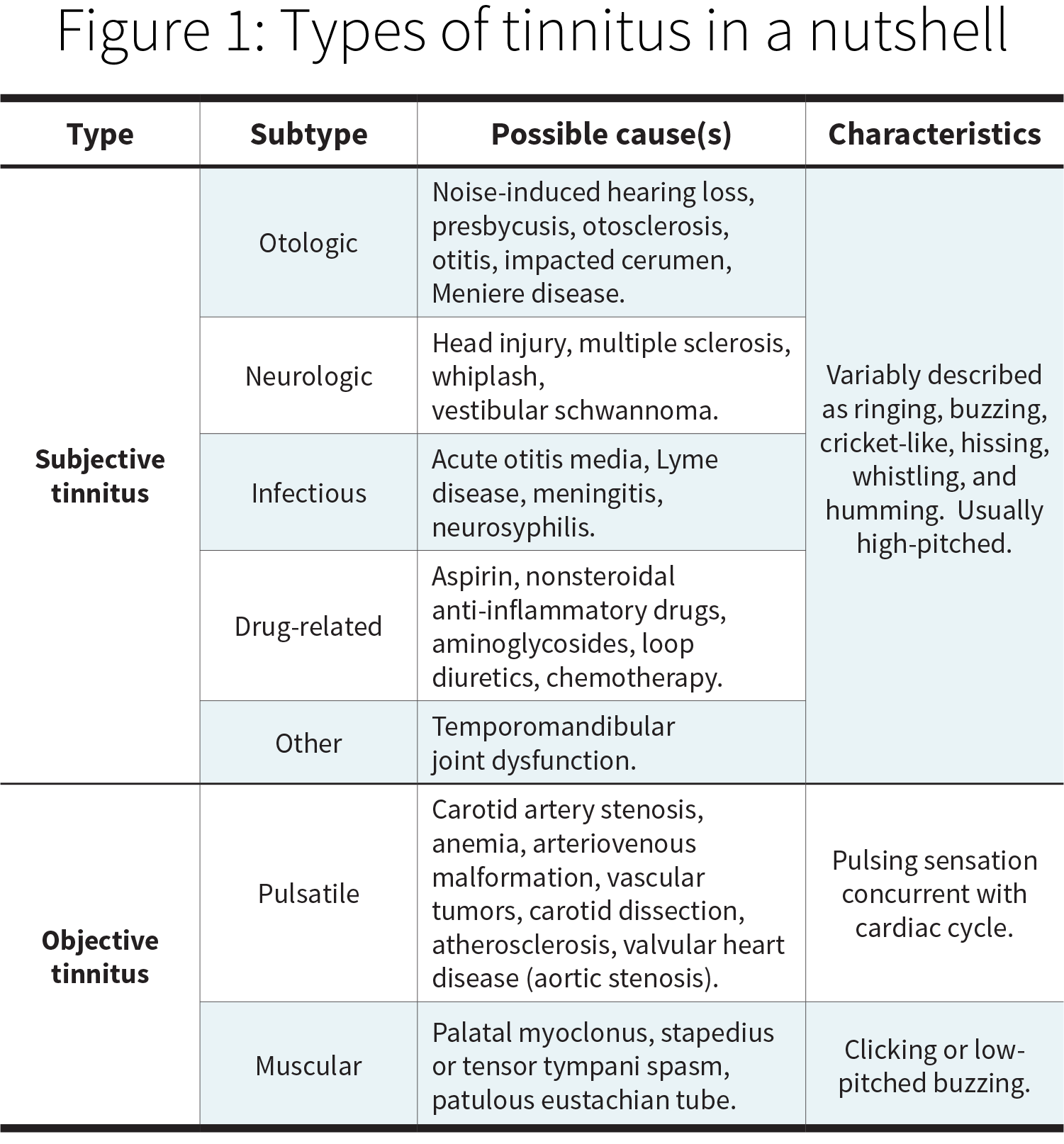