The corrected QT interval (QTc) is derived from an electrocardiogram (ECG). Prolonged QTc intervals are a risk factor for potentially serious heartbeat problems.

The QTc interval, which is shorthand for “corrected QT” interval is part of an electrocardiogram (ECG), which allows clinicians to observe the electrical activity of the heart.

A normal ECG is shown in Figure 1. Notice that each part of the wave is labeled with the letters P, Q, R, S, and T. This clarifies what a QT interval is: it’s the distance between Q and T, and represents[1] the electrical depolarization and repolarization of the heart’s ventricles that makes for a heartbeat. These electrical currents are caused by ion channels opening and closing, letting charged ions into and out of heart cells. If these channels malfunction, this process can take longer than normal, which makes the QT interval longer. The thing is, everyone’s QT interval varies a little, so the QT is often corrected in a few ways, the most simple of which is the Bazett method, which divides the QT interval by the square root of the RR distance (also shown in Figure 1), which is a measure of heart rate. A QTc interval corrected with the Bazett method is considered prolonged[2] if it is greater than 450 milliseconds for men and 470 milliseconds for women.

Figure 1: The ABCs of QTc 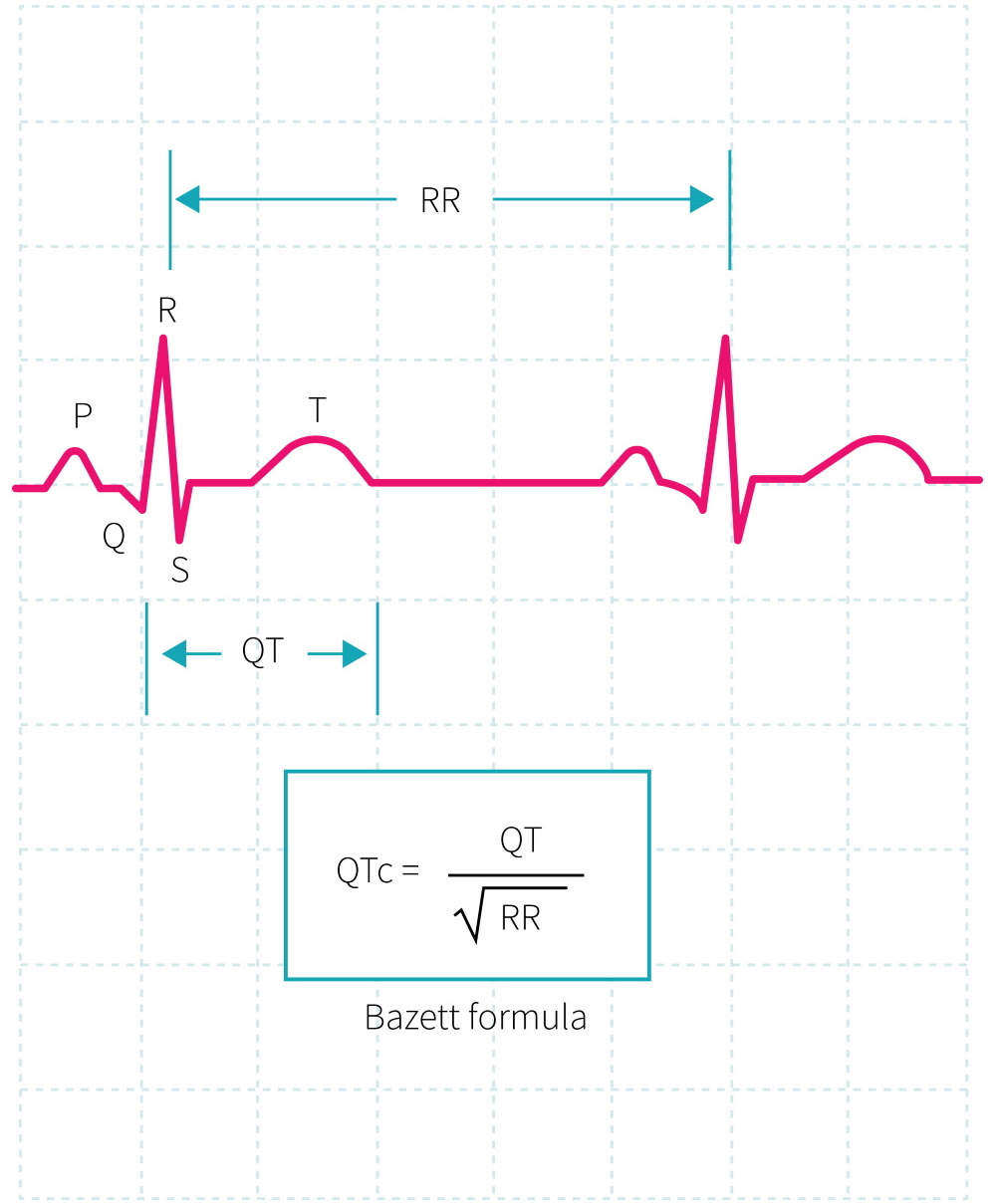 A prolonged QTc interval is bad news, as it can lead to a serious heartbeat problem known as “Torsade de Pointes,” which is French for “turning of the points,” because the peaks in the ECG looks like they’re twisting around. Risk factors[3] for a prolonged QTc interval include age, electrolyte imbalance, and some drugs. A long QTc[4] interval as well as a short QTc[5] interval can be dangerous, as these indicate disruptions in the normal heartbeat rhythm and could lead to something as (relatively) harmless as dizziness, or as fatal as cardiac arrest.