Food cravings are desires for a specific types of food. 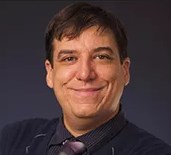 Throughout most of our evolutionary history, we have had extremely limited access[1] to calories. To ensure our survival, we were conditioned to seek out and enjoy eating high-calorie foods. For this reason, scientists have suggested that the highly palatable foods abundant in today’s world can hijack[2] our brain’s reward system. This could play an important role in obesity, as the reward system is intimately linked[3] with food learning, food preference, and perhaps food cravings[4].

Food cravings are the desire for a specific type of food. There are two broad theories regarding how they form. The first theory[5] is that food cravings emerge due to energetic or micronutrient need. This idea seems intuitive; we often feel that we should eat ‘what our body needs’, and if the body is signalling that it’s low in some nutrients that a specific food has, the body will tell the brain what it needs, and the brain will create a craving for that specific type of food.

The second theory is the idea that food cravings emerge due to pairing consumption of specific food types with a particular rewarding stimulus. For example, if someone consistently satisfies their hunger with pizza, eating pizza will be rewarded, and a craving for pizza will result in the future, since the brain learns that pizza makes hunger go away, even though any food would have done the trick. This type of craving formation has some support from one study[6] which had people satisfy their hunger with only chocolate, while it had others eat chocolate only when full. The study found that those who ate chocolate to satisfy hunger developed cravings for chocolate, but not people who ate a similar amount of chocolate only when full. Pairing eating with other rewarding stimuli may also[7] lead to the formation of food cravings. For instance, if someone eats around family a lot and they enjoy it (or enjoy the lack of grief they get from not taking a second serving of grandma’s lasagna), they’ll crave similar when they see their family in the future.

In short, this theory states that food cravings may occur for a reason similar to why Pavlov’s dogs wound up salivating at the ring of a bell. When feeding the dogs, Pavlov also rang a bell. After a while of this, the dogs associated bell-ringing with tasty treats. Then, if the bell was rang, the dogs salivated, even if food wasn’t present. This salivating is known as a “conditioned response”, since the dogs are conditioned over time to associate bell-ringing with food. The second hypothesis for the origin of food cravings similarly suggests that they are largely a conditioned response[6]. This suggests eating motivation is the product of environmental, social, and contextual cues, in addition to features of the food itself[8]. The process of how food cravings could form according to this theory is summarized in Figure 1.

The question is: which of these two hypotheses is correct? Evidence exists in both directions. The deficiency hypothesis is thought[9] to be supported by the phenomenon of rebound weight gain; it’s reasonable to think that cravings would get stronger as the body senses deprivation of certain nutrients, since food intake is being cut. This hypothesis is also consistent with some evidence[10] suggesting that caloric restriction increases food cravings over the longer term. On the other hand, there is also some evidence[11][12][13] that calorie restriction of at least 12 weeks could lead to the suppression of food cravings, lending credence to the idea that cravings may indeed be a conditioned response, since cravings fall if they aren’t reinforced by giving in to the urges.

You are now following Food Cravings. You will be notified when any significant update is made.

Click here to become an Examine Member and stay on top of the latest research.

This page features 13 references. All factual claims are followed by specifically-applicable references. Click here to see the full set of research information and references for Food Cravings.