Can the Food Compass accurately gauge how “healthy” a food is?

The Food Compass is a food classification system that ranks food from the most healthy to least healthy, on a scale of 0–100. The system is well-intentioned and can be helpful, but it also has several flaws.

Most people have a fairly easy time identifying a “healthy” food when they see one, like fruits, vegetables, and whole grains. However, consumers often seek an objective assessment of a food’s “healthfulness” to better inform their own food choices. Nutrient profiling systems (NPSs) are used to evaluate the nutritional quality of foods and beverages based on their nutritional composition and their effects on health. They’re often used to guide consumer food choices and food policy decisions. While several NPSs exist, they are all based on different criteria, and none are perfect.

The authors of this study developed and validated a new NPS, the Food Compass. Development involved four steps:

2. Selecting attributes.
Based on the assessments above, the authors selected nutrients, ingredients, and other food attributes related to health for inclusion. They ultimately included 54 attributes across nine health-relevant domains:

The domain scores were summed into a Food Compass Score (FCS), ranging from 1 (least healthy) to 100 (most healthy) for all foods and beverages.

4. Testing and validation
The authors assessed content validity by assessing nutrients, food ingredients, and other characteristics deemed to be of public health concern; face validity by assigning a FCS to 8,032 foods and beverages reported in the 2015–2016 National Health and Nutrition Examination Survey and Food and Nutrient Database for Dietary Studies; and convergent and discriminant validity by comparing the Food Compass to other NPSs, including the NOVA food processing classification, the Health Star Rating (HSR), and the Nutri-Score NPS.

The researchers in this study sought to create a system for ranking the nutritional value of foods. This new ranking system needs to be valid, which might sound obvious, but what does “valid” actually mean?

Put simply, “validity” is how well a test measures the thing it’s supposed to be measuring.[2] In the case of an NPS, this means that the score a food earns should correspond to how healthy the food actually is.

The term “construct validity” is often used to describe validity overall — it is concerned with how well an observer can make inferences about something using the test in question. For example, if an intelligent person takes an IQ test, then their score should reflect their true intelligence, and an observer should be able to correctly infer that they are intelligent. While validity can be thought of as a single concept, it can be helpful to consider some “subtypes” of validity to better understand what this concept actually is: 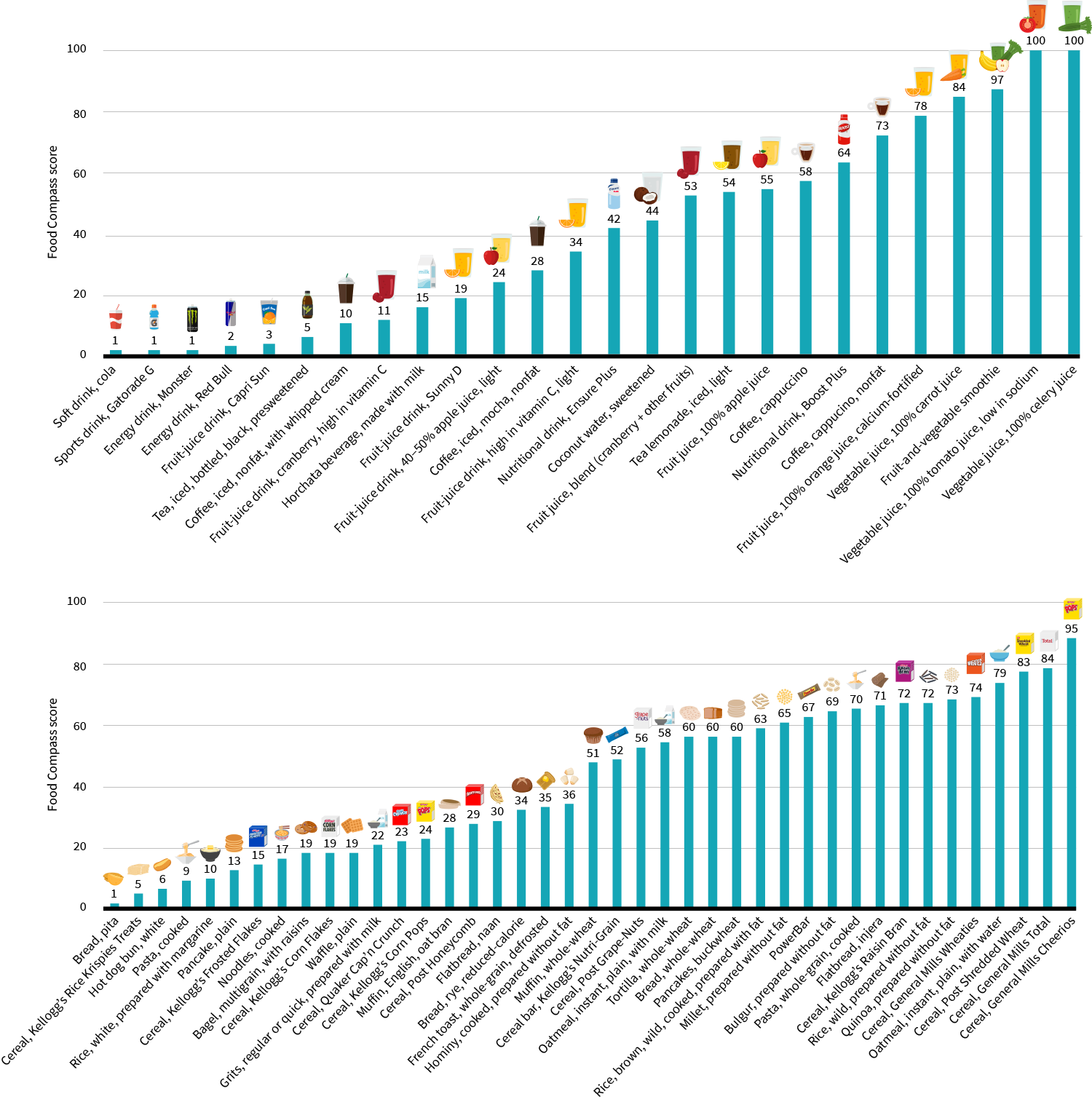 As described previously in Study Summaries, the classification of nutrients and food groups as “good” or “bad” is overly simplistic. The authors categorized additives such as high-fructose corn syrup, artificial sweeteners and flavors, and MSG as unequivocally “bad” (−10 FCS points), even though the research behind them is nuanced. Similarly, the classification negatively scored foods high in sodium, but sodium isn’t inherently unhealthy, as it’s an essential electrolyte.

A 2016 systematic review of 83 studies[3] assessed the methods researchers used to determine the validity of various NPSs and the ability of these NPSs to predict future health outcomes. Most of the studies assessing NPS validity were identified to be at high risk of bias, largely due to a lack of a gold standard with which to classify the “healthfulness” of a food and thereby serve as a reference standard. Construct validity (the correlation between how an NPS ranks the healthiness of foods in comparison to other measures) was often assessed by comparing one NPS model to another, even though comparing two models of unknown accuracy is likely problematic. The authors concluded that the evidence for the validity of NPSs was “very low to moderate.”