The Unbiased Truth about Marijuana

What the actual scientific evidence says.

Grab a coffee and get comfortable, because after months of research, we’re about to break down the scientific research on marijuana. And if you want to see all of our research, our marijuana page has 639 citations (and counting). 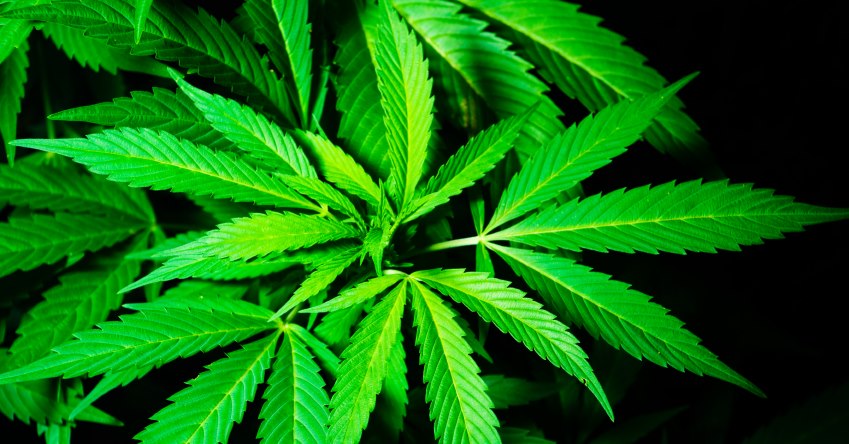 What is marijuana and what is it used for?

Marijuana is an herb that contains molecules called cannabinoids. The most famous cannabinoid is tetrahydrocannabinol, also known as THC. THC is responsible for the high that inhaling or ingesting marijuana causes.

Traditionally, marijuana has been used to treat a variety of inflammatory and gastrointestinal ailments. It has also been used to reduce anxiety and help alleviate cognitive decline.

Today, marijuana is used an adjuvant treatment for cancer, meaning it is taken alongside other drugs. It is used alongside chemotherapy because marijuana increases appetite, which prevents the weight loss associated with chemotherapy. Maintaining weight during chemotherapy greatly improves patient survival rates during cancer treatment. Marijuana is not a potent anti-cancer agent by itself.

During cancer treatment, marijuana is used primarily to improve appetite and alleviate pain.

Marijuana has been successfully used to treat other conditions characterized by nerve pain. It can also be used to treat glaucoma due to the reduction in eye pressure it causes. Marijuana is also very promising in the context of treating Parkinson’s and Alzheimer’s disease.

Marijuana is a very popular recreational drug due to its ability to reduce anxiety, alter the perception of your surroundings, and increase euphoria.

How does marijuana work?

CB1 is responsible for the immediate and psychoactive effects of marijuana, while CB2 determines the long-term and anti-inflammatory effects.

Using marijuana can lead to tolerance, which means more marijuana will be needed to achieve the same effect. Tolerance is caused by a process called internalization. When the CB1 receptor is internalized, it means it withdraws into the cell and can no longer come into contact with THC.

Internalization doesn’t just lead to marijuana tolerance. Other receptors associated with the CB1 receptor will follow CB1 into the cell. For example, the N-methyl-D-aspartate (NMDA) receptor is internalized along with CB1. This leads to protective effects against anxiety and epilepsy, but it also causes the temporarily impaired memory retention associated with marijuana.

What are the benefits of marijuana?

Most of the benefits marijuana provides are related to its psychoactive effects. It is effective for reducing stress by alleviating anxiety, increasing euphoria, and causing users to slightly disassociate from their environment.

Marijuana can also help people with low body weight increase their food intake. Since it can also reduce nerve pain, marijuana can be very beneficial to people suffering from conditions characterized by chronic pain.

More research is needed to determine if marijuana can provide benefits for people suffering from Parkinson’s, Alzheimer's, and multiple sclerosis, though preliminary evidence is promising.

What are the drawbacks of marijuana?

The biggest drawback associated with marijuana use is the internalization of the NMDA receptor, which can lead to poor memory retention.

Occasional marijuana use will not impair long term memory, or the capacity to form memories.

Activating the CB1 receptor also increases activity and blood flow in a region of the brain called the anterior cingulate cortex (ACC), which leads to an increase in diastolic blood pressure (the second number on the blood pressure readout). This means that marijuana, when combined with stimulants, can increase the risk of a cardiovascular injury, like a heart attack.

Frequent marijuana use will turn this blood flow increase into a decrease, once the CB1 receptor is internalized. Very heavy usage, meaning five or more joints a day over a period of several years, can actually cause the ACC to shrink. This can hurt attention span and may increase the risk of developing psychosis. If the ACC is affected in this way, it may not return to normal even if marijuana usage is stopped.

Using marijuana causes a temporary state of lowered memory retention, meaning it becomes harder to remember things in the short term. It’s the same feeling that you get when you check your watch, only to realize immediately after that you don’t remember the time. This effect does not cause long lasting memory problems.

Very heavy marijuana users may have more trouble focusing and learning new things if the ACC has been affected.

This does not mean marijuana causes schizophrenia, and it should not be considered a treatment option for schizophrenia.

Marijuana use reliably increases appetite, though this effect is subject to tolerance. Still, the effect is powerful enough to make marijuana a popular pharmaceutical, since its appetite-increasing effects help cancer patients stay at a healthy weight, which leads to higher survival rates.

Marijuana’s anti-inflammatory effects are caused by CB2 activation, which makes it a potential therapy for treating cognitive diseases characterized by inflammation, like Parkinson’s and Alzheimer’s.

Unfortunately, since activating CB1 can cause issues with memory retention, more research is needed before marijuana can be recommended specifically to alleviate Parkinson’s and Alzheimer’s.

So what should I know about marijuana?

Marijuana is illegal in many parts of the world, and many sports organizations have explicitly banned its use. In fact, scientists have actually tested how much second hand inhalation is required to test positive on a urine test to determine if athletes could legitimately use the excuse that they were around other users, but didn’t personally partake.

It turns out that to test positive for marijuana after second hand inhalation would require exposure to at least 16 joints in a closed room approximately the size of a bathroom for at least an hour. That’s a lot of inhalation.

Marijuana use increases diastolic blood pressure and thus should not be used alongside stimulants, especially by people already at risk for heart attacks and other cardiac conditions. Otherwise, infrequent marijuana does not pose a serious health risk, provided that the influence of marijuana doesn’t lead you to do something stupid.

The risks of marijuana come with heavy and near-daily usage. Marijuana causes impaired memory retention, so when that effect is repeated daily across multiple joints for years, learning can become difficult.

Chronic heavy users of marijuana can experience reduced ACC weight. This is brain atrophy and should be taken seriously. However, it is the only negative effect of marijuana that persists even after marijuana usage is stopped.

Maintaining sensitivity to the psychoactive effects of marijuana requires infrequent use. Some people’s CB1 receptors may start to internalize even while using marijuana only once a week. Using marijuana twice a month will make you more likely to experience marijuana’s beneficial effects in a safe and sustainable way.

If you have not used marijuana before, make sure your first time is with other people you trust in a safe environment. Psychoactive drugs can have unexpected side-effects, so safety is key to a good experience.

When it comes to chronic usage, marijuana’s greatest benefits include a pain reducing effect and an increase in appetite, which is critical during chemotherapy. Conversely, the biggest downside with chronic usage is potential ACC (a component of the brain) shrinkage and the reduced capability for learning and remembering.

During infrequent usage, the risk of reduced learning capability is much lower, whereas the benefits of pain reduction and increased appetite remain, though the effect is not as strong.

Want to read the full science? See our Marijuana page.

You are now following The Unbiased Truth about Marijuana. You will be notified when any significant update is made.