How can you assess protein quality?

Several scales have been developed to rate proteins according to their respective bioavailabilities and, more recently, amino acid profiles. Those scales can help guide your choice of protein, as long as you understand their premises and limitations. 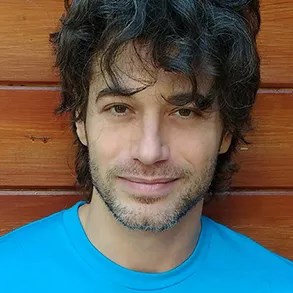 Nutrition sure can seem complicated. You already had to worry about getting enough protein in your diet, should you now make sure you only get quality proteins?

And what makes a “quality protein” anyway?

Different scales have been developed to answer this last question. They rate and rank proteins based on two criteria: bioavailability and amino acid profile.

Biological Value (BV), Net Protein Utilisation (NPU), and Nitrogen Balance (NB) rate proteins based on nitrogen measurements. They measure how much nitrogen people excreted, calculate how much protein that represents, and compare this number to how much protein was ingested. In such a way, they determine the protein’s bioavailability.

All three scales are based on two assumptions, both of which have been challenged: first, that dietary protein is the body’s sole source of nitrogen; second, that all nonexcreted protein has been used to make bodily proteins. In truth, some of the protein we ingest can be converted to glucose, especially if the protein’s digestion is fast and the body’s glycogen stores are low, and some can be fermented by our microbiota,[1] especially if the protein’s digestion is slow.

The BV scale is still in use today, though mostly in promotional material and in the media, and so it needed mentioning despite being outdated. The current official scale, used notably by the FDA, is the Protein Digestibility Corrected Amino Acid Score (PDCAAS), which takes into account not just the bioavailability of a protein but also its amino acid profile.

A protein is considered highly bioavailable if it’s easy to digest, absorb, and (after conversion into its constituent amino acids) make into other proteins. Some protein rating scales, such as the BV scale, rank proteins based solely on bioavailability.

Proteins are composed of amino acids, some of which your body can synthesize and others not. The nine you need yet cannot synthesize, and thus need to ingest, are called essential amino acids (EAAs). Among those, branched-chain amino acids (BCAAs) are crucial to your muscles,[2] with leucine being especially anabolic.

A protein is called complete when, proportionally to its overall amino-acid content, it has enough of each EAA. The main advantage of animal proteins is that most are complete.

Most, but not all. Take beef protein powders: you might assume they’re made from meat, which is to say from the animal’s muscles, when most are actually made from collagen boiled from the animal’s skin, bones, and other connective tissues. Now, dietary collagen is far from useless; it’s been shown to promote skin and joint health, and it probably promotes bone health too; but it isn’t a complete protein.[6] Rich in glycine and proline but poor in BCAAs, it isn’t a good primary source of protein, and is probably not the best muscle builder (though it has shown benefit in elderly women on a low-protein diet[7] and in elderly men[8]).

Conversely, most plant proteins are incomplete, but according to the table above, the proteins in soy, pea, and rice are nearly complete: rice is relatively poor in lysine; soy and pea, in methionine. Of course, incomplete proteins can complement one another — this is true of proteins from foods as well as from supplements. The amino acid profile of a 70:30 pea:rice protein blend is similar to that of whey.

Although pea and rice are gaining in popularity, alone and in combination, soy is still the most popular vegan source of protein powder. On the Protein Digestibility-Corrected Amino Acid Score (PDCAAS) scale, soy protein isolates scores 0.97 (97%), so at first glance it appears to be the virtual equals of any animal protein. However, this is because the PDCAAS scale truncates any number superior to 1 (100%), with the rationale that any amount of amino acids beyond the requirement pattern confers no additional benefit to the individual consuming the protein. Otherwise, whey protein concentrate could score a more-than-perfect 1.07 (107%).[9]

A dietary protein is considered complete if it contains enough of each of the amino acids your body needs yet cannot synthesize. Some protein rating scales, such as the PDCAAS scale, rank proteins based not just on bioavailability but also on amino acid profile.

The PDCAAS scale has displaced the BV scale, not because it is more accurate, but because it is more pertinent: it rates protein not only based on bioavailability but also on amino acid profile, so as to better reflect human needs. Better, but not perfectly, which is why the Food and Agriculture Organization has already proposed to replace it with yet another scale: the Digestible Indispensable Amino Acid Score (DIAAS).

The food you ingest passes through your small intestine before passing through your large intestine, where most of your gut’s microbiome (the bacteria inhabiting your gut) can be found. Since this microbiome can use amino acids and peptides that you yourselves never absorbed, PDCAAS may overestimate a protein’s bioavailability.[9] DIAAS overcomes this issue.

The DIAAS scale, however, doesn’t address the main problem of all protein rating scales, which is that, even when they take into account bioavailability, amino acid profile, and ileal digestibility, and even if they took into account gluconeogenesis, digestion speed, and the effects of exercise on endogenous protein (i.e., muscles), they would still fail to reflect real life.

Trials need to eliminate confusing factors, so a subject is fed only one kind of protein, and that on an empty stomach. But when do you eat only one kind of protein over a whole day? And, except at breakfast maybe, when is your stomach really empty? Other food components, such as fiber and anti-nutrients (trypsin inhibitors, tannins, etc.), can all affect how much of your protein you absorb.

Rating each protein in isolation fails to reflect real life. You don’t need each protein you ingest to be complete; in a balanced diet, incomplete proteins, rich and poor in different amino acids, can complement one another (especially when eaten at about the same time). But a protein’s rating can be one of the criteria you consider when selecting a protein powder (alongside price, mixability, digestion speed, etc.).

What protein powder should I take?

For less than the price of a tub of protein powder, our guide will help you select the best product for you so that you can make sure you're taking full advantage of every scoop.

Show me the Definitive Guide to Whey Protein

You are now following How can you assess protein quality?. You will be notified when any significant update is made.

"How can you assess protein quality?," Examine.com, published on 24 April 2019, last updated on 22 September 2021, https://examine.com/nutrition/rating-proteins/