Amazing for your health or just an overrated fermented drink?

Kombucha is a tea product, known as doubly fermented tea or fungal tea. It’s often claimed to have stronger anti-cancer properties than other teas. 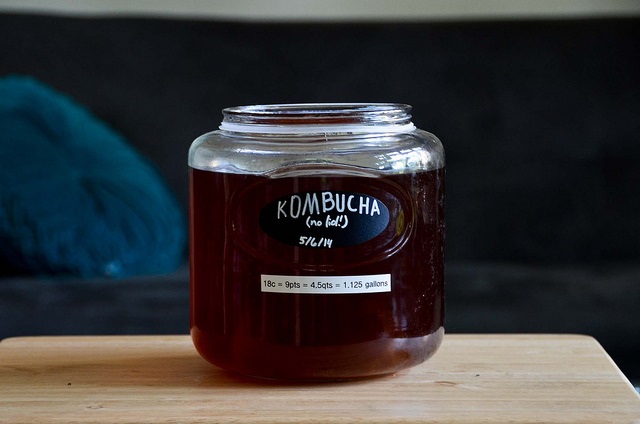 Kombucha comes from the same plant that produces green and black tea, Camellia sinensis. The process of brewing kombucha involves fermenting already-fermented black tea with fungi and bacteria. During fermentation, the tea becomes mildly carbonated, acidic, and acquires its distinct vinegary taste. The fermentation process also produces new bioactive compounds and alcohol. Don’t try getting drunk off of kombucha, since the alcohol content is low and drinking a lot of kombucha can be dangerous.

The most important bioactive compound in kombucha is called D-saccharic acid 1,4-lactone, also known as saccharolactone. Saccharolactone is claimed to exert anti-cancer effects in the colon, and it’s supposed to help with detoxification too.

Unfortunately, the potential potency of saccharolactone, as seen in vitro, is difficult to apply to the human body, for two reasons:

While kombucha can be prepared safely, improper sanitation can cause cross-contamination, which leads to the growth of toxic fungi and bacteria. Kombucha is a risky supplement option, since it is difficult to identify toxic strains of fungi. Moreover, further research is needed to identify the bacteria strains responsible for kombucha’s health effects. If kombucha is fermented for longer than a week, it will start to develop these toxic properties.

Kombucha made incorrectly can do a lot of damage to the human body. Case studies examining harm done by kombucha consumption have noted death, organ failure, and even one report of cutaneous anthrax and liver toxicity.

Ultimately, there is no proven and significant benefit of drinking kombucha. It’s not a very practical health supplement, considering there’s hardly any evidence for its health effects, but plenty of evidence for the damage it can do. If you do choose to drink kombucha, make sure to purchase it from trustworthy producers with sanitary working conditions and properly trained staff.

NOTE: You can see all sources on our Kombucha page.

You are now following Kombucha. You will be notified when any significant update is made.