Is creatine safe for your kidneys?

Why is this a concern?

Considering creatine’s popularity as a sports supplement, it isn’t surprising that concerns have been raised about potential adverse effects — especially on the kidneys.

To store the creatine you ingest, and the creatine your liver produces, your skeletal muscles,[1] your brain,[2] and other tissues transform it into phosphocreatine. And when they use their stores to recycle adenosine triphosphate (ATP), often called life’s energy currency, one of the byproducts is creatinine.

Creatinine blood levels are the most commonly used indicator of kidney function: it is assumed that if your levels are high, your kidneys haven’t done their job.

Your skeletal muscles make for >90% of your creatine stores,[1] so the more muscle you have, and the more you use it, the more creatinine you produce.[3][4] Also, greater animal protein intake has been associated with greater muscle mass[5][6] and higher creatinine excretion.[7] And yes, supplemental creatine can increase your blood levels of creatinine beyond the normal ranges;[8][9] but can we really conclude your kidneys are being damaged? 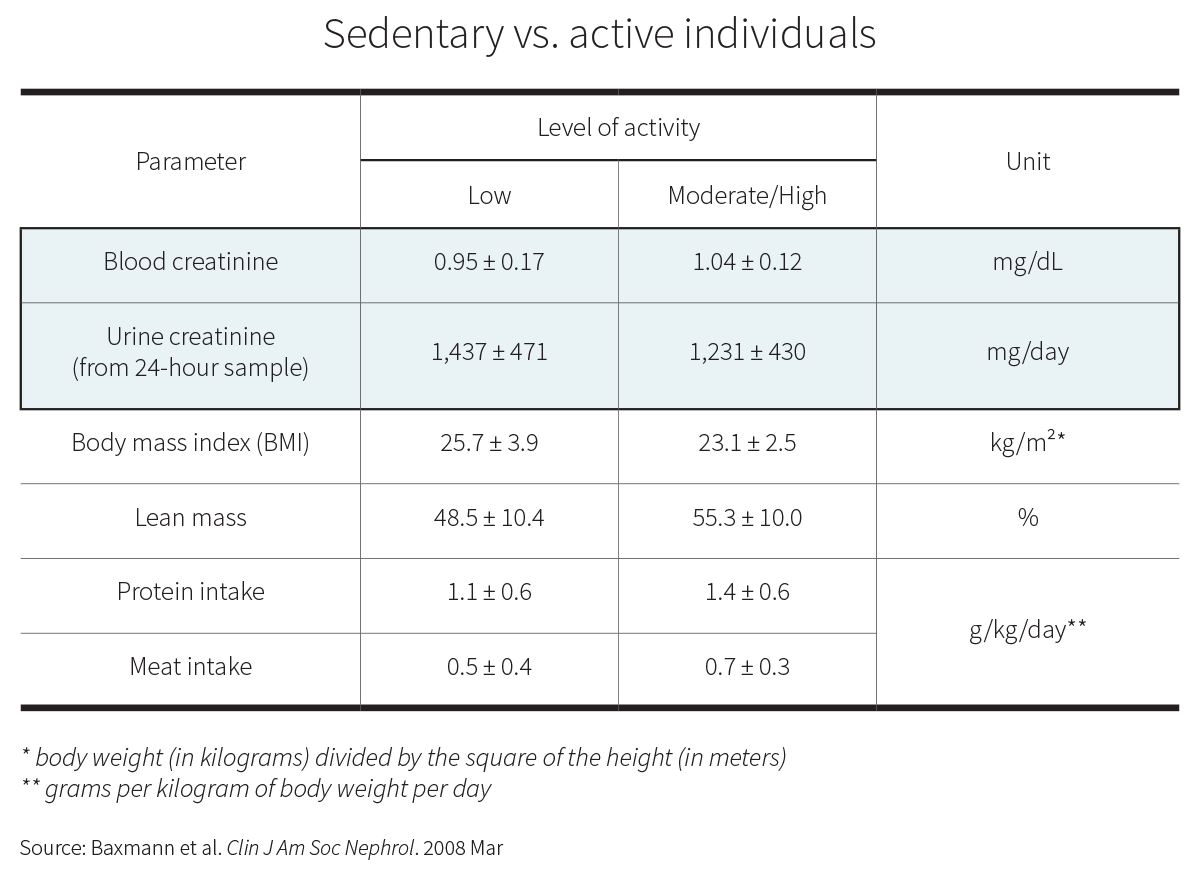 Concerns have been raised over creatine supplementation because it can increase creatinine levels beyond the normal range — a marker of kidney damage.

For people with healthy kidneys

The evidence collected in our creatine Human Effect Matrix shows that creatine supplementation does not affect any measure of kidney health apart from creatinine levels. Moreover, scientific reviews on both the long- and short-term safety of supplemental creatine have consistently found no adverse effects on kidney function.[10][11][12][13][14][15][16][17]

Most healthy people can reap the performance benefits of creatine with just 3–5 g/day, but creatine nonresponders and people with high muscle mass may benefit from 10 g.[17] Doses >10 g/day have been found not to impair kidney function, but there are fewer long-term trials on such high doses.[17]

For people with kidney issues

In people whose kidneys don’t function optimally, supplemental creatine seems to be safe, too.

One case study found that a man’s single kidney suffered no harm from 20 g/day for 5 days followed by 5 g/day for 30 days.[21] An RCT in type 2 diabetics with various stages of kidney disease showed no significant decline in kidney function from 5 g/day for 12 weeks.[22] Two clinical trials saw no detriment in people with kidney disease.[23][24]

However, studies in people with suboptimal kidney function are fewer than in healthy people, and they are short-term. People with kidney dysfunction, or at risk for developing kidney dysfunction (e.g., people with diabetes, high blood pressure, or family history of kidney disease; people over sixty; and non-Hispanic blacks), might wish to forgo creatine, or otherwise take only the lowest effective dose (3 g/day)[17] after talking to their doctor.

Finally, let’s mention that, since creatine can increase water retention, it could theoretically harm people whose kidney disorder is being treated with diuretics, which cause water loss.[17]

Limited short-term evidence indicates that people with suboptimal kidney function may safely supplement with creatine. However, long-term studies are lacking.

Short- and long-term creatine supplementation does not appear to impair kidney function in people with healthy kidneys.

Limited short-term evidence has found creatine to be safe for people with suboptimal kidney function, but caution is warranted.

When caused by supplemental creatine, elevated creatinine levels are not indicative of kidney damage. Creatine’s ability to raise creatinine levels may mask underlying issues, however, so if you plan to check up on your kidney function by having your creatinine levels tested, stop taking creatine at least 3 weeks before the test.

You are now following Is creatine safe for your kidneys?. You will be notified when any significant update is made.

"Is creatine safe for your kidneys?," Examine.com, published on 17 December 2013, last updated on 27 October 2019, https://examine.com/nutrition/does-creatine-cause-kidney-problems/