Can a week of unrestricted sleep make up for long-term sleep loss?

According to a 2014 CDC survey, 35% of U.S. adults sleep less than 7 hours per night. These short sleepers are more likely to smoke, to be physically inactive, to have suffered a stroke or heart attack, and to suffer from arthritis, asthma, cancer, chronic kidney disease, chronic obstructive pulmonary disease, coronary artery disease, depression, diabetes, or obesity.

Sleep loss can also worsen alertness, attention, cognitive performance, and memory. Many people experience sleep loss at some point, so this study sought to understand how the human brain recovers from long periods of sleep restriction.

In this 21-day nonrandomized, noncontrolled trial, 4 days of unrestricted sleep were followed by 10 days of restriction and 7 days of recovery. Data from 13 of the 23 participants (12 women and 1 man, healthy, aged 21.5 on average) were used in the final analysis.

Locomotor activity was increased and brain activity disrupted during sleep restriction, compared to baseline, with only partial recovery during the sleep recovery period.

The big picture: How much sleep is needed to recover from sleep deprivation? Several other studies have tried to find the answer.

In a 2020 randomized trial, 1 night of total sleep deprivation followed by 2 nights of sleep recovery (12 and 8 hours) restored hippocampal connectivity but not memory performance.[2]

A 2016 trial comparing the participants’ optimal sleep duration to their habitual sleep duration found that individuals who routinely underslept by an hour may need up to 9 days of unrestricted sleep to recover.[3]

A 2003 trial explored the dose-response of chronic sleep deprivation. It found that even moderate sleep loss could impair neurobehavioral function.[4]

Study: In this randomized control trial, 48 healthy adults (aged 21–38) were divided into four groups. The three groups who underwent limited sleep for two weeks (4, 6, and 8 hours/day) were compared to a fourth group who didn’t sleep for 88 hours.

All four interventions ended with 3 days of sleep recovery. The participants underwent neurobehavioral assessments every 2 hours of wakefulness.

(Keep in mind that the limited-sleep interventions lasted only two weeks. Had they lasted longer, behavioral alertness and working memory may have kept declining.)

All this suggests that even moderate sleep loss can impair neurobehavioral function. 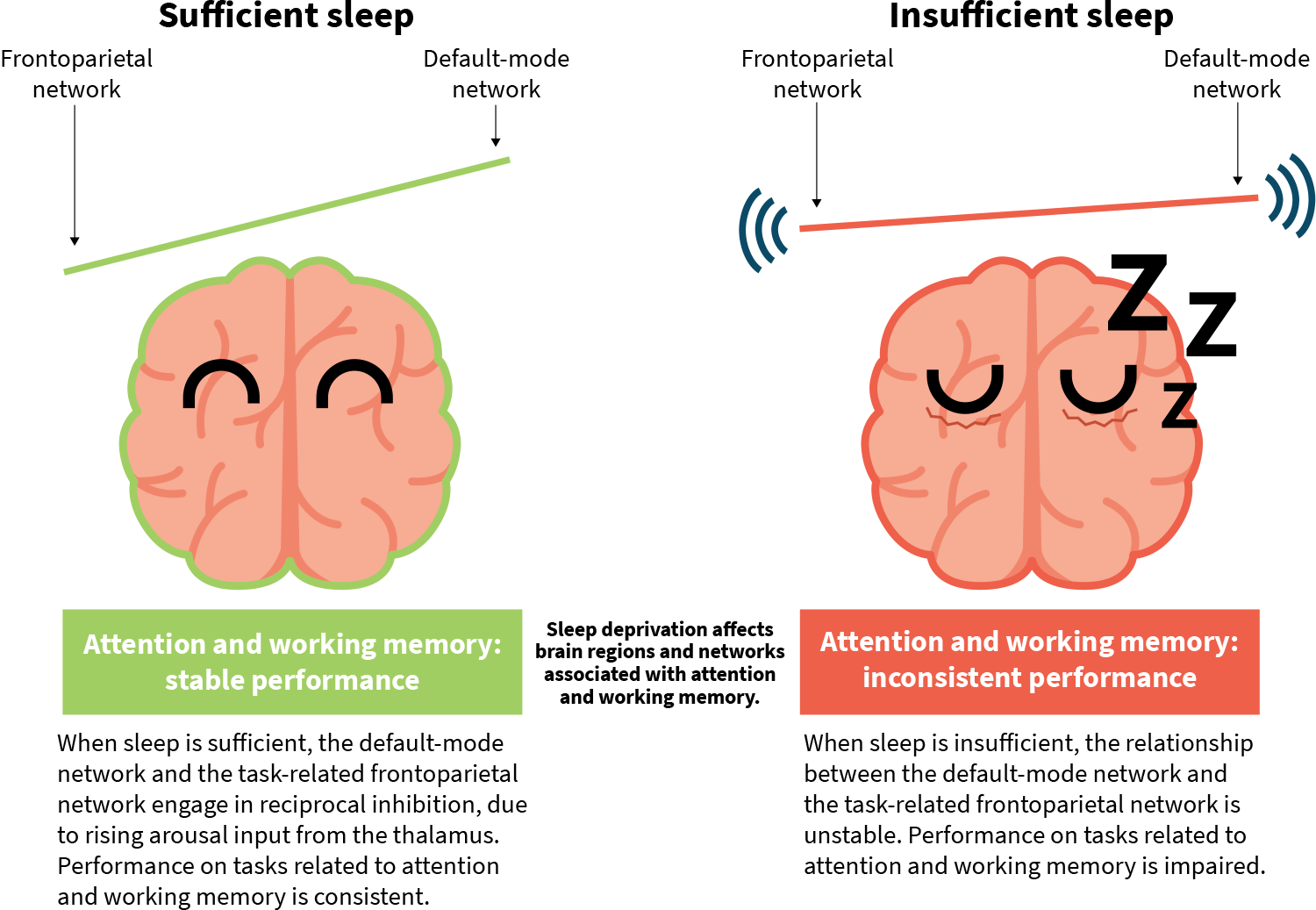