This meta-analysis found that high-intensity exercise in the evening disrupted REM sleep but not other objective measures of sleep quality in healthy people without sleep disorders.

Current sleep hygiene recommendations suggest that exercising near bedtime may disrupt normal circadian rhythms,[1] but the evidence is mixed. Some trials exploring the effects of evening high-intensity exercise (HIE) found that HIE had no effect on sleep,[2][3] others that it might improve it,[4] and yet others that it might impair it.[5] Some variables at play may be exercise duration, light exposure (from the sun or artificial lights, during exercise), and the fitness level, muscle soreness, and sleep-hygiene practices of each individual.[6]

This study was a meta-analysis of 15 randomized controlled trials that compared either habitual evening HIE or a single bout of evening HIE to no exercise. The 194 participants were healthy and had good sleep quality; 69% of them were fit and active.

Sleep architecture refers to the stages of a normal sleep cycle. It comprises REM sleep, which last 10 to 60 minutes, and the three stages of non-REM (NREM) sleep: N1 lasts minutes, just after falling asleep; N2 is a bit deeper sleep that lasts 10 to 60 minutes; and N3 is a deep sleep that lasts 20 to 40 minutes. (There used to be four NREM stages, but since no physiological or clinical differences could be found between N3 and N4, in 2007 the American Academy of Sleep Medicine combined these two stages.[7])

Total sleep time (TST) is the sum of REM and NREM.

Sleep efficiency (SE) reflects the difference between TST and TIB.

Sleep onset latency (SOL) is the time it takes to fall asleep, once in bed and trying to sleep.

REM sleep latency is the time it takes to reach the first REM sleep, once in bed and trying to sleep.

Wake after sleep onset (WASO) reflects sleep interruptions: how often you wake up during the night, and for how long. 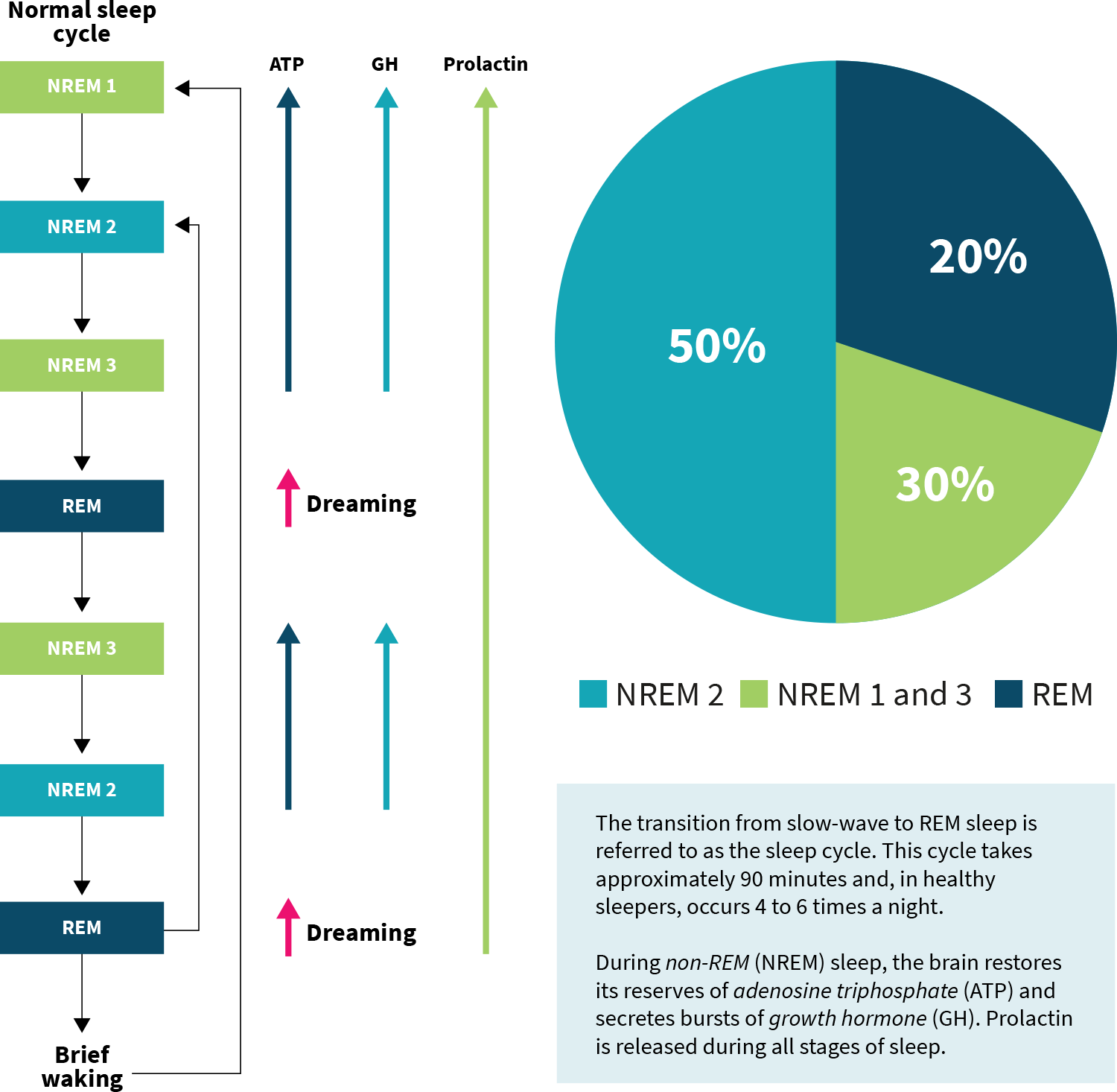 HIE a half-hour to 4 hours before bed decreased REM sleep (−2.34%) without affecting the other objective measures of sleep quality. Additionally, it either did not affect subjective sleep quality or trended toward slightly worsening it (p = 0.05; 95% CI: −0.67, 0.00).

A subgroup analysis looked at the timing and intensity of exercise before sleep. Here are its findings:

There are some limitations to this analysis. The studies included were predominantly in physically active, healthy young men without sleep disorders. In participants with sleep disorder, exercise might have brought the sleep improvements seen in other studies.[8][9][10][11][12][13] Further research is needed to see if the findings of the present meta-alaysis also apply to women, older people, and people with impaired sleep.

Another trial published earlier this year and summarized here found that acute, nighttime, moderate exercise didn’t affect sleep in people with diagnosed insomnia, overall, though two of the participants did experience worsened sleep.[1]

When it comes to exercise (as a zeitgeber), consistency trumps timing. If you’re used to working out at a particular time of day, changing that routine can disrupt your circadian rhythm, ultimately upsetting your sleep cycle. Transitioning into sleep is accompanied by a drop in body temperature, though, so if someone were to work up a sweat immediately before bed, that could theoretically disrupt their sleep.[14]