A weight-neutral approach to obesity

In this narrative review, the authors proposed a weight-neutral strategy for obesity treatment, focused on increasing physical activity and cardiorespiratory fitness. Some of the authors’ conclusions should be interpreted with caution, as there were several instances in which they cited research that didn’t support their statements. Nevertheless, the general sentiment that weight-neutral interventions can effectively improve health and reduce risk for chronic disease is well-supported by the current body of literature.

The prevalence of obesity in the U.S. has increased dramatically in the past 40 years. At the same time, more Americans are trying to lose weight,[1][2] which is consistent with other data indicating that most people who lose weight tend to gain it back.

According to the authors of the current paper, repeatedly gaining and losing weight, often called weight cycling or yo-yo dieting represents a “weight loss futile cycle,” in which the dieter wants to weigh less, attempts to lose weight, fails to reach or maintain their goal, becomes frustrated, stops trying, regains weight (sometimes more than they lost originally), wants to lose weight again, and the cycle continues. 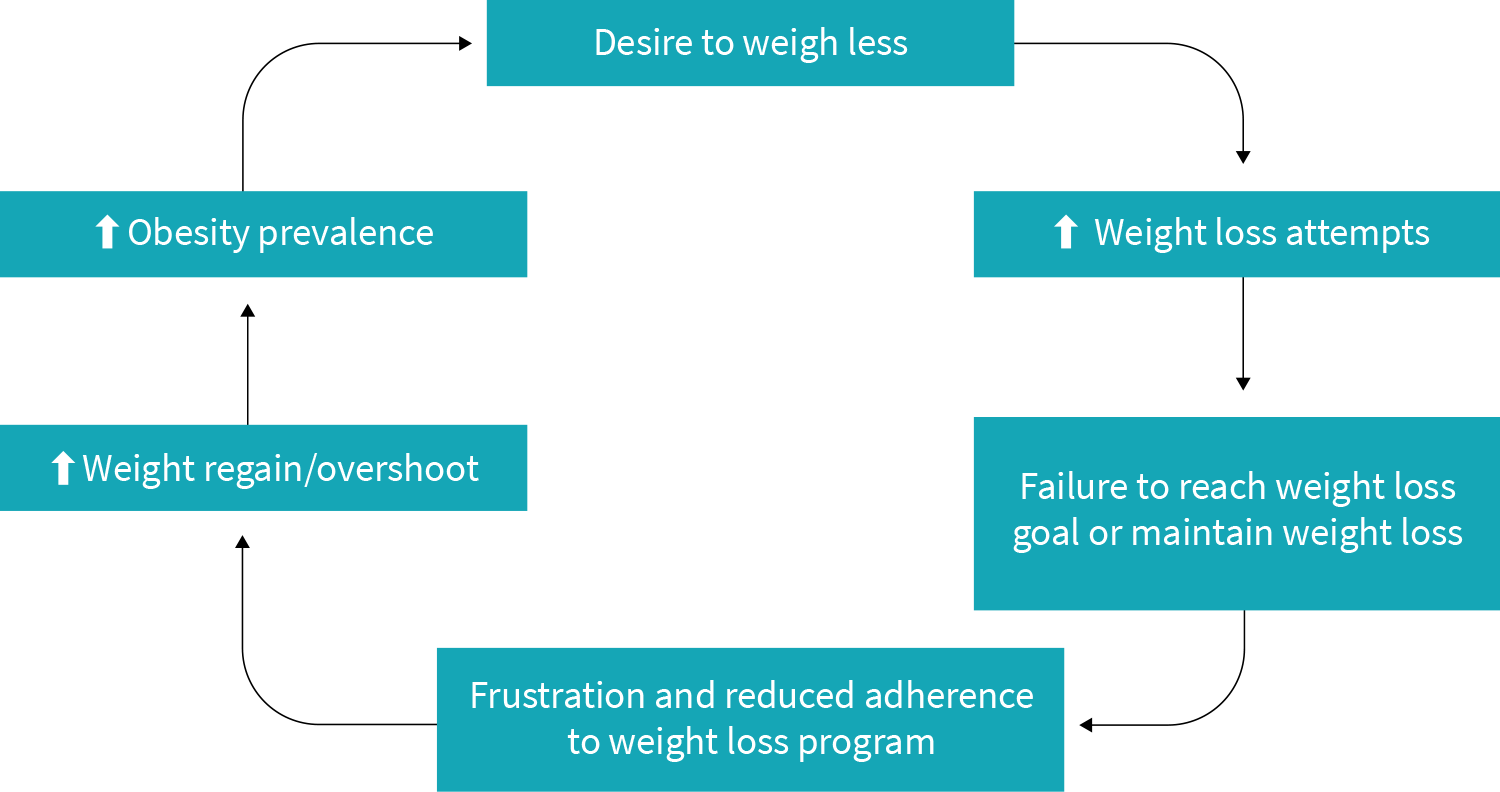 Weight loss can certainly improve health among people with obesity. That said, a reduction in body weight is only beneficial if that new body weight is maintained. Additionally, the relationship between BMI and health isn’t as strong when controlling for other dimensions of fitness, such as physical activity (PA) and cardiorespiratory fitness (CRF). Is it possible that increasing PA and CRF without attempting to lose weight could be better for your health than a standard weight loss attempt?

🔍 Digging Deeper: BMI and mortality — what are you controlling for?

The controversy around health outcomes and BMI might partly stem from differences between the variables adjusted for in meta-analyses. In the two meta-analyses reporting the lowest mortality risk in the “healthy” BMI range, the authors adjusted for smoking status and didn’t include the first five years of follow-up in order to exclude people with weight loss resulting from undiagnosed underlying disease.[3][4] In contrast, a meta-analysis that reported decreased mortality risk among “overweight” participants included studies adjusted for age, sex, and smoking status only.[5] Additionally, studies assessing participants at least 65 years old suggest that people in the “overweight” BMI range (25–29.9) have lower rates of mortality than people both in the “normal” and “obese” BMI ranges.[6][7][8]

Since there were several instances in which the authors cited research that didn’t support their statements, their conclusions should be interpreted with caution. That said, the general sentiment that weight neutral interventions can effectively improve health and reduce risk for chronic disease is well-supported by the current body of literature, discussed below.

In their review, the authors asserted that weight loss doesn’t usually improve mortality. While this was true in the main analyses, the subgroup analyses show some important caveats:

A 2014 meta-analysis of 12 studies[18] assessed the effects of weight loss among participants with coronary artery disease on a composite outcome of all-cause mortality, cardiovascular mortality, and major adverse cardiac events, and found weight loss was associated with a 30% greater risk of the composite outcome, and when stratified by intentionality, the reduction in risk was 33%.

A 2019 meta-analysis of 31 randomized controlled trials[85] assessed the effects of weight-loss interventions on weight loss over at least 1 year and associations with all-cause mortality. Body weight was lower among participants randomized to weight-loss interventions at 1 and 3 years, and these participants had nonsignificantly lower odds for all-cause mortality.

Overall, the literature cited by the authors of the current review can be summarized with a few key takeaways:

There are 8 more summaries in the Editor's Picks category for February 2022 including ...