In this 1-year prospective cohort study, a diet with a high glycemic index (or high sugar content) was associated with more amyloid-beta peptide accumulation in the precuneus, a pathological hallmark of Alzheimer’s disease. This association was stronger in participants with elevated amyloid at baseline.

The Amyloid Hypothesis of Alzheimer's Disease 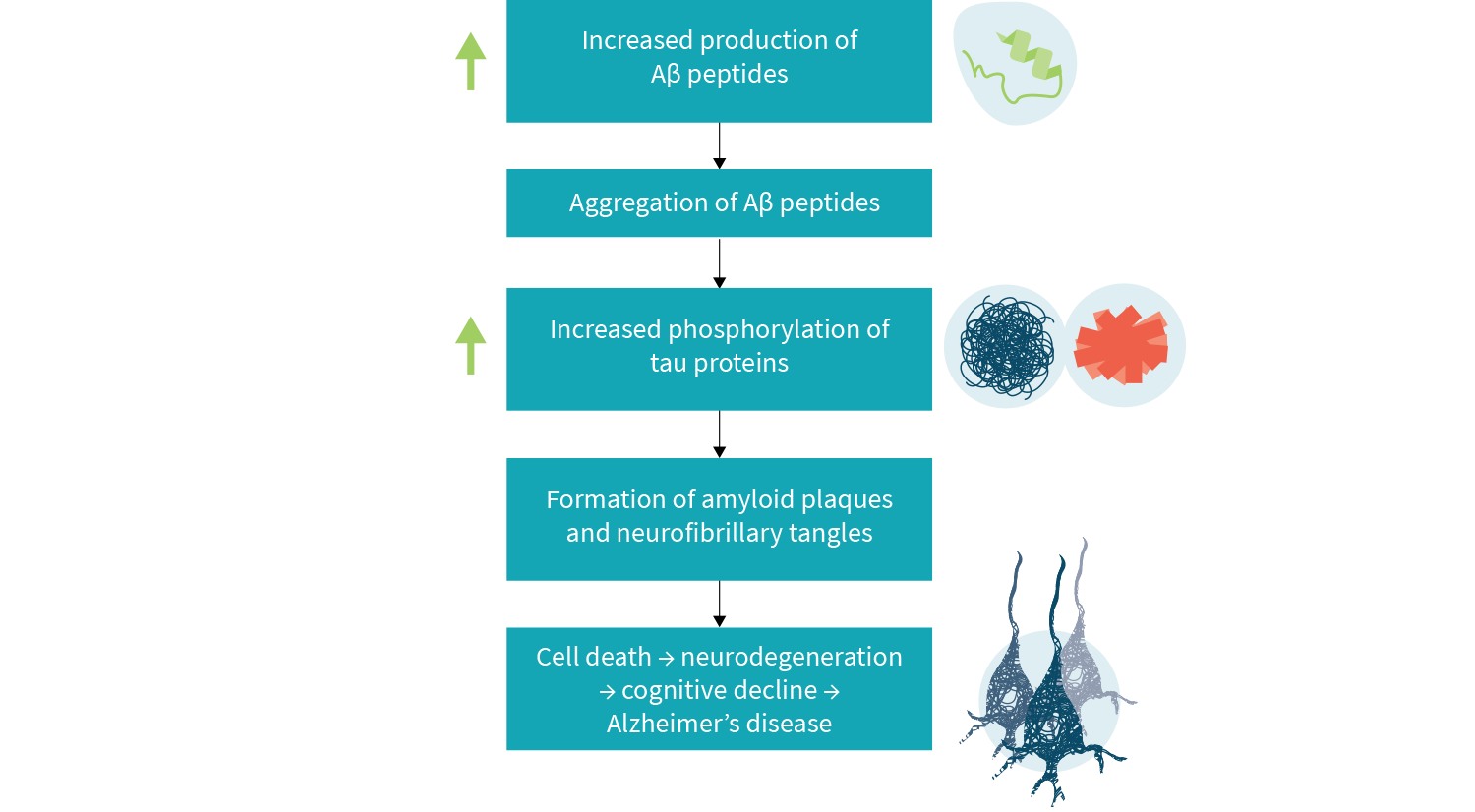 Source: Sources: Alves et al. J Alzheimers Dis. 2021 Jun[2] ♦ Saxena. Expert Opin Ther Targets. 2010 Dec[3]
Evidence increasingly suggests that impaired peripheral and brain glucose metabolism is associated with a higher risk of AD, both of which are strongly influenced by diet.[4][5] A cross-sectional study published in 2017 reported that a high glycemic load dietary pattern and sugar intake were positively associated with brain amyloid levels, so researchers designed the present longitudinal study to follow up on these findings.[6]

This study was a secondary analysis of the APEx study, which was a randomized controlled trial that assessed the effect of one year of supervised aerobic exercise on brain amyloid levels in adults at least 65 years old. Dietary intake data (measured by the National Cancer Institute’s Diet History Questionnaire) from 106 participants were used in the present study to investigate the association between habitual consumption of a high glycemic dietary pattern and changes in brain amyloid levels.

The primary dietary measure was a high glycemic diet pattern score based on data from the food frequency questionnaires; a high intake of refined grains, sugar-sweetened beverages, and similar foods resulted in higher scores. Glycemic load, daily carbohydrate intake, and sugar intake were also measured, and the associations between each of these dietary glycemic measures and changes in brain amyloid levels (measured by florbetapir F18 PET scans) were assessed. Lastly, the results were adjusted for age, sex, group assignment (i.e., exercise or control), apoE4 status (a gene that is associated with an increased risk of AD), and baseline BMI.

A higher glycemic diet score was associated with more amyloid accumulation in the precuneus in the entire sample. This was the case for a higher intake of sugar and carbohydrates as well. However, higher glycemic diet measures were not related to amyloid changes in the five other brain regions of interest, nor globally.

Participants with elevated amyloid at baseline (n=70) experienced global increases in amyloid during the study, so sensitivity analyses were conducted with only these participants. These analyses found that higher glycemic diet scores were associated with more amyloid accumulation in the lateral temporal lobe, posterior cingulate gyrus, and precuneus, with a nonsignificant increase in global amyloid (p=0.07). Higher daily sugar and carbohydrate intake were also associated with more amyloid accumulation in the posterior cingulate gyrus and precuneus. Participants who gained new amyloid in the precuneus reported consuming an average of 91 grams of sugar per day, while participants who did not gain had an average sugar consumption of 71 grams per day.

Dietary habits were only assessed at baseline using a food frequency questionnaire, which are prone to estimation error and recall bias. It’s also possible that dietary habits changed during the study. Another limitation is that the sample was mostly composed of white (99%) women (69%), so the results may not be generalizable to other populations.

Big picture: Evidence suggests that the pathophysiological process of AD begins many years –– even decades –– before the onset of the disease, which has led to the concept of “preclinical AD.”[7] This stage can be identified by two biomarkers:

The present study used the latter marker identified with the radiotracer florbetapir F18, which readily collects in tissues with amyloid but will rapidly wash out of tissues without amyloid. A high tracer retention indicates a high burden of amyloid plaques. The exact proportion of cognitively unimpaired people with elevated amyloid levels is dependent on the age and genetic background of the cohort, but tends to range from 10% to 30%.[8] Biomarker positivity has been found to increase the risk of progression to mild cognitive impairment or AD. The best current estimates of lifetime dementia risk based on elevated amyloid levels range are increases of 5–31%, depending on age and sex.[9] However, not everyone with biomarker positivity will experience cognitive decline. In fact, data from longitudinal studies suggests that the majority of these people do not progress over several years.[10]

The rate of decline varies considerably among people with biomarker positivity due to several modulating factors, such as brain cognitive reserve and resistance, genetics (e.g., apoE4), lifestyle, and cardiometabolic health.[11][12] There is also a lack of standardized thresholds for determining biomarker positivity, as well as heterogeneity in how they are interpreted, which limits their utility. Nevertheless, since there is a weak to moderate association between elevated amyloid levels and clinical progression of AD in cognitively unimpaired people, it’s worth exploring nutritional strategies to potentially offset this risk.

Finally, there’s accumulating evidence demonstrating that AD is linked to insulin resistance. High fasting blood glucose (more than 100 mg/dL) is associated with increased brain amyloid levels,[16] and type 2 diabetes increases the risk of developing dementia by 60%.[17] There is reason to believe that glucose metabolism affects amyloid deposition,[18][2] so it’s possible that excessive postprandial glucose and insulin elevations due to chronic consumption of a high glycemic diet may augment amyloid deposition and subsequently increase the risk of AD. It’s also possible that the Mediterranean diet’s ability to reduce the risk of AD is at least partly driven by a reduction in glycemic load and sugar intake and/or its ability to improve insulin sensitivity and reduce inflammation. However, randomized controlled trials are needed to determine whether there is a causal relationship between a high glycemic diet and amyloid deposition. As it currently stands, the best strategy for reducing the risk of AD is similar to any other disease: engaging in regular physical activity, maintaining a healthy body weight, getting adequate sleep, practicing stress management, and eating a diet that is mostly composed of minimally processed foods and is rich in fruits, vegetables, and omega-3 polyunsaturated fatty acids.

There are 11 more summaries in the Editor's Picks category for December 2021 including ...