What If There Were No Dietary Guidelines?

A recent episode of South Park lampooning America’s epidemic of gluten anxiety features the Secretary of the USDA agonizing over the realization that his agency has been recommending Americans consume large quantities of this “dangerous” substance as part of a high-carbohydrate, reduced-fat diet. Determined to make amends, an animated version of Tom Vilsack asserts the importance of the nutrition guidance his agency dispenses: “We are the USDA! Without us, people would be eating dirt―and chairs.”

Vilsack ultimately saves the day by turning the Food Pyramid upside down, and while some would applaud this transformation―everyone ends up eating butter on a stick―I have no fondness for the Food Pyramid in any orientation, nor its replacement, MyPlate. Both shapes reflect the advice of the Dietary Guidelines for Americans (DGA), recommendations which divide the world of food up into two groups: “healthy” food Americans should eat and “unhealthy” food Americans should avoid.

The basis for this division has little to do with beneficial nutrients food may or may not contain, but is instead based on the presence or absence of components thought to impact chronic disease. For the past 35 years, DGA guidance telling Americans what to eat and not eat in order to prevent chronic disease has remained remarkably consistent. Problem is, it hasn’t worked very well.

During that time, rates of hypertension, high serum cholesterol, and heart disease mortality have dropped.

If Americans have indeed shifted their diets to align more closely with the DGA, the results are not what was originally intended. On the other hand, if the U.S. government has been unable, for the past 35 years, to convince Americans to follow its dietary advice, maybe it’s time to quit trying.

If there were no DGA telling Americans what to eat, would heart disease mortality spike? Unlikely, since heart disease death rates had been in decline for over a decade before the DGA were created. Would rates of obesity and diabetes climb even further? Under current conditions, i.e. DGA recommendations being followed or ignored depending on who you ask, the predictions are by 2030, more than half of Americans will be obese and, by 2050, one in three Americans will have diabetes. As obesity and diabetes rates did not begin their rapid ascent until after the DGA were created[1], it is not likely eliminating them would make matters worse.

In fact, the DGA are far more than health prescriptions that Americans do or do not follow.

They are a powerful political document, and they regulate a vast array of federal programs and services, influence health-related research, and direct how food manufacturers respond to consumer demand. Virtually no aspect of our food environment is unaffected by the DGA. It is worth considering what impact their absence would have on these other areas.

From the beginning, the DGA created clear “winners” and “losers” in our food system. Winners were processed food manufacturers who could reformulate products to meet DGA standards. Losers were farmers who produced eggs and meat, which couldn’t be easily modified. When the DGA directed consumers to avoid saturated fats, manufacturers “Pink slime” emerged from the beef industry’s efforts to produce lower fat products.

Olestra, high-fructose corn syrup, polydextrose, soybean oil, and other products of the food science laboratory were used to make food “healthier,”giving food manufacturers the opportunity to plaster health claims on labels and directing consumer attention away from whole foods, which carry no labels and no such claims. The disappearance of the DGA would help level the playing field and perhaps begin to eliminate some unwanted additives from our food supply.

Because the DGA influence research agendas, they have imposed their shape on emerging science, and the outcomes reflect the policy in whose image it is made. Without the DGA, government-funded nutrition science would operate without the ideological constraints created by government-backed dietary advice. Without the DGA, a diabetes prevention trial using a reduced-carbohydrate diet might not just be an idle fantasy, but an NIH-funded reality. Without the DGA, federal nutrition programs could tailor their programs and practices to the needs of the individuals and communities that they serve, instead of being directed by remote, one-size-fits-all, top-down dietary guidance.

Finally, the DGA assert that science has unquestionably established links between diet and chronic disease. It hasn’t, but the DGA’s list of “good” and “bad” foods implies chronic disease is entirely under the control of the consumer. This assumption places the burden for prevention and cost of care[2] on individuals, relieving the government and other institutions of the responsibility to improve economic, environmental, and social conditions related to health. Eliminating the DGA would open up the possibility for rethinking this approach to public health.

In many ways, the DGA were a big fat mistake. It is time we acknowledge that and move on, not by turning the current DGA “upside down,” but by throwing them out altogether. Would Americans start eating dirt―or chairs? I don’t think so. Maybe, they might just start eating―better. 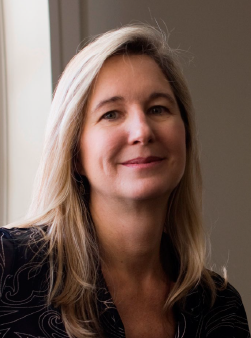 Adele Hite is director and co-founder of Healthy Nation Coalition, a non-profit health advocacy organization dedicated to promoting critical nutrition literacy, individualized and community-based approaches to food and essential nutrition, and an understanding of food-health relationships that goes beyond nutritional and caloric content of food. She is also a registered dietitian and PhD student in communication, rhetoric, and digital media at North Carolina State University. She has masters degrees in English education and public health nutrition and has pursued graduate studies in nutrition epidemiology.

Prior to her graduate studies, she worked as the patient educator at Duke Lifestyle Medicine Clinic. Her current research involves a critical examination of the U.S. Dietary Guidelines for Americans, particularly their history, their scientific underpinnings, their effects on the food-health environment, and the implications of these recommendations as a structure of power in the sociopolitics of food production and consumption.