Op-Ed: Science in the 21st Century: Notes from an industry harlot 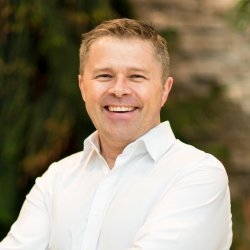 Stuart Phillips obtained a Ph.D. from the University of Waterloo in Human Physiology in 1995. He joined McMaster University in 1999 and is currently a full Professor in the Department of Kinesiology and School of Medicine at McMaster University. He is Tier 1 Canada Research Chair in Skeletal Muscle Health. He is also the Director of the McMaster Centre for Nutrition, Exercise, and Health Research and the Physical Activity Centre of Excellence.

Dr. Phillips was the inaugural recipient of the Canadian Society for Exercise Physiology’s Mentorship award in 2017. In 2018 and 19, he was named to Clarivate’s Highly Cited Researchers list as a being in the top 1% of all cited researchers in nutrition and exercise research. Dr. Phillips is a fellow of the American College of Sports Medicine and the Canadian Academy of Health Sciences. Dr. Phillips openly (and without shame), discloses that he has received, in the last five years, honoraria, travel expenses, and/or grant support from Dairy Farmers of Canada, the US National Cattlemen's Beef Association, the US National Dairy Council and Dairy Export Council, Pepsico, and several other industries throughout his career.

I'm a scientist, or at least that's part of my job description as a university professor. By most accounts, I've done well science-wise. While there have been no Nobel prizes, there have been some significant (to me) milestones in my career. But I have a dark side: I consciously and with full rational thought take money from industries to fund and support the work we do. Cue the hushed tones, sideways looks, furtive glances, and, in the complete spirit of ad hominem critique, a round dismissal of those scientific findings. I will admit, however, that none of that bothers me—I sleep well at night, and my personal and professional code of ethics is in good shape.

But, the big question I grind against is: does the fact that industry sponsors some of the work we do mean that it's all crooked and should be dismissed? In the age of 'make a buck' and social media, there are people who have forged careers denouncing industry-sponsored science. I can't fault these 'watchdogs' of science as there are some notable examples of industry influencing influential academics to do their 'bidding.' So is all industry-sponsored science corrupt and biased to the point that it can be dismissed based on who sponsored it alone?

I've been engaged in scientific research now for almost 30 years. I have had the privilege and honour (as a result of the damn hard work it took to get that funding) of receiving funding from Canada's Federal and Provincial government agencies that sponsor science. I have also been fortunate to receive money from several charitable organizations to further the science we do. But I have been skilled from a grantsmanship perspective (read: I've been persuasive on paper) in obtaining money from commodity boards (dairy, beef, and eggs) as well as industries that sell products related to the work we do—dietary protein, ageing, and exercise. Many may not appreciate how the anatomy of an industry contract that funds research operates. Here's how it does NOT work (but how I believe some people might think it does).

Based on comments, this is how it happens (or a version thereof). Simple right? Black/white: industry-funded = black, non-industry funded = white.

It goes more like this: an industry issues a call for proposals related to certain research themes; we file a proposal and, hopefully, it is viewed favourably. We are then asked to submit a full grant, it gets reviewed (most often by outside scientists contracted by the industry partner). If all goes well, then we get that money asked for, and we do the science. We write the paper, we control the content, and we publish the paper no matter what the findings are. It's important to realize that no university (nor scientist I would hope) would agree to do work with an industry partner if the findings were able to be suppressed or controlled by the industry partner.

Often I hear that industry-sponsored science is subpar and often favours an industry outcome. This conclusion is not correct. I'd stand behind any study, industry-sponsored or not, that we've performed and published and say it's a robust study design and answers a valid scientific question. There's been work done on this very question, and studies[1][2][3] have shown that industry-sponsored work, in a wide variety of fields, does not consistently yield a favourable outcome for the industry although admittedly this is not always the case[4].

A bigger-picture view of the machinations of the research programs I manage is people. In Canada, scientists will recognize the term HQP—highly qualified personnel. I like to think that the time spent in our lab equips trainees—undergraduate students, graduate students, and postdoctoral fellows—with skills that are tangible bench-side techniques, processes of critical thought, writing, and presenting. Canadian scientists often call these people HQP, a rather widget-like term, but that's the grant vernacular. Many of the people who have worked on or were paid from projects sponsored by industry. They published papers, presented work, received scholarships, and learned the art and rigour of doing science, all while working on industry-sponsored projects. I'm proud of their work, and I think they are too. The papers they wrote stood up to peer review, were published, and nudged the science we do along and perhaps influenced or even changed thinking. Of the more than 170+ undergraduate students, graduate students, and fellows who have passed through my lab in 20 years, more than 40% of them engaged in some form of industry-sponsored work either directly or indirectly. Imagine if that industry money wasn't there? More than half of those people may not have received the training opportunity and hands-on experience that they did. I'd call that a significant loss!

But can't all the work we do in science be sponsored by government funding (and thus pure)? Quite simply, no. It may surprise people to know the actual costs of doing research (hint: it's much higher than most imagine) and the success rates of grant applications to government agencies who fund science (hint: it's much lower than most believe). Don't get me wrong; I appreciate all the government funding. I understand it's just that it's not that much (and it's often reduced versus the amount I ask for to do the work) and it's not often that I get it! Put in perspective, my grant success rate, if it were a batting average, would NOT get me in the hall of fame, not even close (in fact well below the infamous Mendoza line). The logical upshot of realizing that governments, charities, foundations, and other 'pure' sources of funding can't cover all the scientific bases is that industry funding can help. It can help answer important questions, and it can help support trainees. And critically, in the absence of that industry funding, there would be a void, a hole, nothing. No science, no new findings, no new thinking.

A US-based colleague of mine, who is someone I would consider highly successful, told me that her first US National Institutes of Health-funded grant (read: big-league grant) happened because of her previous industry work. She had been able to do good work and generate data that had been funded by industry: 'impure' money begets 'pure' money? I could say the very same thing. We have been able to craft an excellent reputation for doing good science in large part because data generated from industry-sponsored projects aligns well with the science

So perhaps the next time you read that a study is industry-sponsored and you automatically assume it's tainted/biased/wrong, consider some of the points I've made? Likewise, it would be wrong to assume that since findings come from government-funded sources, they are without taint/bias. As a scientist, I can say that there is perhaps no form of bias stronger than when defending your hypotheses, and it's a two-way street. What greater incentive could there be to be biased in your view and the science you do where you have a vested interest in the outcome: your idea? Is all science thus crooked? No, of course not, but the current crisis of faith in science is not a result of industry funding.