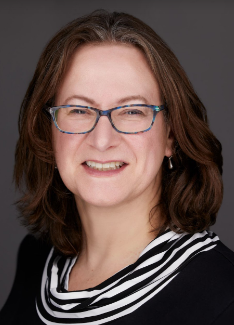 Elisabeth Bik, PhD, is a science integrity consultant who specializes in finding image duplications in scientific papers. After receiving her PhD in Microbiology at Utrecht University in The Netherlands, she worked 15 years at the Stanford University School of Medicine on the microbiomes of humans and marine mammals. From 2016–2019, she worked at two microbiome startup companies. In March 2019, she left her job to become a science integrity volunteer and occasional consultant.

She can often be found discussing science papers on Twitter at @MicrobiomDigest, writing for her blog ScienceIntegrityDigest or searching the biomedical literature for inappropriately duplicated or manipulated photographic images and plagiarized text. She has reported over 4,000 papers for issues with image duplication or other concerns. Her work has been featured in Nature, Science, Wall Street Journal, New York Times, Washington Post, Le Monde, and The Times (UK). In April 2021 she was awarded the Peter Wildy Prize by the UK Microbiology Society for her contributions in science communication.

Q. Can you tell us a bit about yourself? What got you interested in the subject of scientific integrity?

I was born and raised in the Netherlands, where I got a PhD in Microbiology at Utrecht University. In 2001, I moved to the United States, where I worked 15 years at Stanford University’s School of Medicine, studying the microbes that live inside our bodies. I worked two years in industry, and in March 2019, I quit my job to become a science integrity volunteer. I occasionally work as a consultant for institutions and scientific publishers to investigate research misconduct allegations or to help with policies and guidelines.

One day in 2013, I read about plagiarism, and decided to put a sentence from a review paper that I had written myself into Google Scholar, between quotes. I had expected to only find my own paper, but by pure coincidence, I found another paper that had used that line. So I started scanning papers for plagiarism. Roughly a year later, while looking through a doctoral thesis that contained plagiarized text, I noticed a Western blot with a distinctive blotch that had been used multiple times to represent different experiments. I then started searching published papers to see how often images were reused to represent different experiments. It did not take long to find other examples, and I started searching for more. So I continued my search in the weekends and evenings — I was still full time employed at Stanford that time. In 2019, I decided to do this work full time.

Q. One of the skills you’re especially known for is spotting photo duplications — can you explain what that is and how you do it? Are there ways to practice?

Not sure if I can explain how I do it. It is somewhat similar to face recognition, although I am very bad at that myself. I look at photos, try to remember distinctive shapes and spots, and then compare the photos within or between papers to each other. I can only remember a limited number of photos, so I cannot scan large numbers of papers and remember all photos. But if there is a Western blot or photo of cells with a very memorable shape, I will remember it a bit longer. On Twitter, I often post such images under the hashtag #ImageForensics and it appears that many other people can see the duplications as well. It is definitely something you can get better at if you practice a lot.

Q. You recently tweeted about legal threats you received based on your criticism of scientific studies about “External Qi” — can you explain what this is and your concerns with it?

This is a set of seven papers in which Qigong Master Yan Xin claims to kill cancer cells with his “Qi” (life force). The cancer cells were put in a closed room and Dr. Yan Xin emitted his force, and then the cells were not growing anymore. It was not clear from the description if the doctor was in the closed room with these cells or not, or what he exactly did to the cells, so I was a bit skeptical of the method. There were no other details, so I was doubtful if other scientists could ever replicate this. If one single researcher claims that he — and only he — can use Qi to kill off cancer cells, he should be willing to share how he does that. If it happens behind closed doors, and the doctor does not want to share what he exactly did, it sounds more like a magical trick than science.

In 2019 I tweeted about this case and wrote a blog post about this. Buzzfeed picked up on this story too. And I wrote critical reviews of the papers on PubPeer:

I also wrote my concerns to the journals in which these papers had been published.

Q. Some of the researchers who conducted these studies were affiliated with Harvard, the Dana-Farber Cancer Institute, and the Brigham and Women’s Hospital, and the study was funded by the NIH. How do you think these methodologically questionable studies managed to have such an impressive set of organizations associated with them?

I am not sure. It might have been that one of the authors used NIH money assigned to a different research project for this purpose.

Q. Can you explain why you were contacted by lawyers for criticizing this paper?

I can understand that the authors were not happy with my concerns and critical posts on PubPeer. But in the past two years (I wrote about these papers in May 2019) they did not answer any of the concerns that I raised on PubPeer and they never wrote to me. Instead, they contacted me through a lawyer, stating first I should take down some tweets from 2019 — which I did. Then, they contacted me through another lawyer, who stated I should take down my blog post, PubPeer post, retract my emails to the editors, and apologize to the authors. In this second letter, I am accused of stating “defamatory facts” — which sounded strange. If something is a fact, it is not defamatory.

Q. In your view, can anything about the current legal environment be changed to better allow for debate and reasonable critique around scientific topics?

That is a tough question, and I am not a lawyer. I would hope that if I raise legitimate concerns about scientific papers without insulting anyone, I should not have to worry about being sued.

Q. In a similar vein, does anything need to change about how we review and publish articles to better support scientific integrity?

Yes — there are a lot of problems with scientific publishing. One of them is that manuscripts are often only reviewed by two or three other scientists, who do not get paid for that job, who might have very little time, and who might not be objective in their judgment. Another big problem is that editors and institutions do not appear to want to investigate papers that have raised concerns after they were published. Once papers have been published, many journals do not seem to care about quality concerns.

Q. Finally, are there any words of wisdom you’d like to share with others who may have experienced legal threats similar to yours?

I wish I could tell others to not worry, and that in science it is all about finding the truth. Unfortunately, in the legal arena, it is often not about who is right, but who has the most power and money to hire the best lawyers. Therefore, I am worried that scientists who have serious concerns about papers will be much more hesitant to speak up. These legal threats will have a chilling effect on scientific integrity, and that is a disturbing development.