How does a lifetime of marijuana use affect the brain?

Long-term effects of marijuana on the brain.

Study under review: Long-term effects of marijuana on the brain

Marijuana use is popular due to the psychoactive effects of gamma-9-tetrahydrocannabinol (THC). It’s known that marijuana has a multitude of effects on the brain, as seen in Figure 1, but understanding the exact effects can be a complicated scientific process. 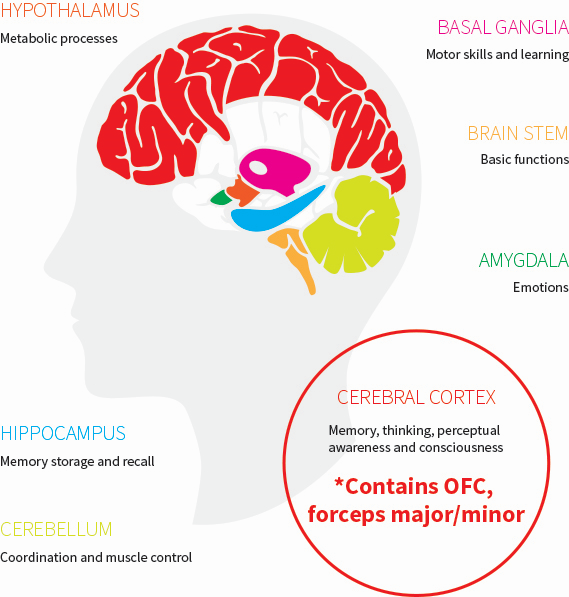 Within the brain, there are two major types of cells: neurons and glial cells, pictured in Figure 2. Neurons are the cells that respond to and carry electrical signals, while glial cells provide support and protection to the neurons. Networks of cells form either gray matter or white matter tissue. Gray matter and white matter both are made up of neurons (and glia), but the gray matter is the cell bodies that contain the nucleus and most of the cellular machinery, while the white matter are the thin "telephone lines" between neurons, wrapped in a myelin sheath (which is a structure that is part of a specialized class of glial cells). 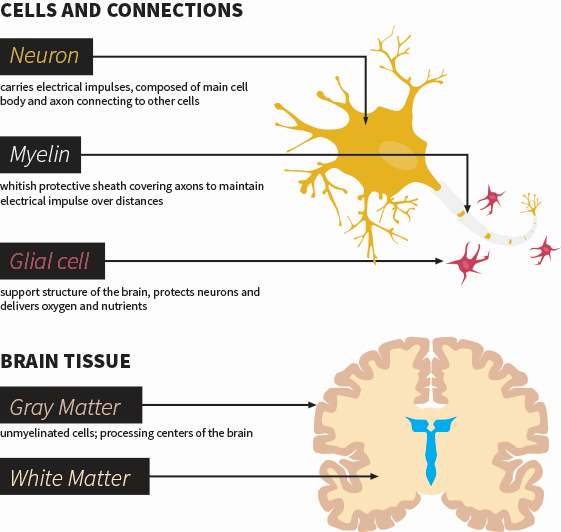 Gray matter is involved in everything the brain does – such as processing and cognition activities, including decision making and self-control. It’s grey due to the lack of myelin, the insulating sheath around the outside of some brain cells. White matter physically connects and coordinates communication between different regions of the brain by carrying electrical impulses from neuron to neuron. The myelin is white in color, which distinguishes it visually from the gray matter.

This particular study investigated several specific regions of the brain, in addition to types of brain tissue. The forceps major and forceps minor are two regions of white matter in the brain. The forceps major connects the occipital lobes within the cerebral cortex and the forceps minor connects the frontal lobes of the cerebral cortex. Within the frontal lobes, there is a region of the brain called the orbitofrontal network. This network is made up of four lobes: the left and right orbitofrontal cortex (OFC) and the left and right temporal lobes. The primary function of this region of the brain is decision-making, specifically the analysis of the possible rewards of a decision. This region of the brain displays high levels of activation during addiction-seeking behaviors like heavy drug use[1]. Specifically for marijuana use, the OFC also has a high concentration of cannabinoid 1 (CB1) receptors, the receptor that binds THC.

Previous studies looking at the effects of marijuana have conflicting results. Some studies showed increases[2] in tissue volumes in certain regions of the brain, others have shown decreases[3] in the same areas of the brain, and still others have shown no effects[4]. This could be due to differences in the study populations, either in regard to the participant characteristics, or in the level of marijuana use. Other potential confounding variables include only investigating a particular age range or duration of marijuana use, the enrollment of subjects who used other substances along with marijuana, or designing the study to only look at a single region of the brain. This study attempted to overcome those limitations by looking at a broad range of participant ages, evaluating a subset of participants who exclusively used marijuana, and using several different types of MRI scans to evaluate a number of factors in the brain globally.

Marijuana affects a variety of brain regions, including a region called the orbitofrontal cortex (OFC) involved in decision-making. Research on marijuana impacts on brain function has had conflicting results.