LDL is commonly referred to as “bad”, whereas HDL is “good”. Like many other labels, these are oversimplified, especially as HDL-raising drugs have failed. This study explores why that might be.

Just as in fictional stories, there are sometimes good guys and bad guys in health. One of the traditional good guys is high density lipoprotein cholesterol (HDL-C), commonly known as “the good cholesterol.” Lipoproteins like HDL are small bodies that carry fats and cholesterol around the body. The cholesterol that is found in HDL is called HDL-C. This is what is measured in common cholesterol tests. HDL-C is seen as a good guy for good reason. In the 1980s, the groundbreaking Framingham Heart Study (which follows a group of people in and around Framingham, Massachusetts over decades to discover risk factors for cardiovascular disease (CVD)) found that people with HDL-C levels between 40 and 60 mg/dL had a reduced risk[1] of heart disease compared with those whose levels were below 40 mg/dL. This discovery has been since replicated in multiple[2] other[3] observational[4] studies[5].

But like in some of the most compelling fictional stories, who is a good guy is sometimes not so clear cut. Scientists know that correlation does not equal causation. And so in the 2000s, researchers took a look at the effects of raising HDL-C using drugs, to see what the effect was on heart disease. The theory was that if correlation was indeed indicative of causation, they could raise HDL-C levels using drugs and see a reduced risk of CVD. They used two tools to do so.

One was vitamin B3, also known as niacin, which at high doses is known to raise HDL-C[6]. Two major trials were performed to see if niacin could raise HDL-C and lower the risk of CVD. These trials did not turn out as expected. They both[7] found[8] that although niacin reliably increased HDL-C, it had essentially no effect on CVD risk.

Niacin seems more like a background character of little consequence to CVD than a good or a bad guy. But scientists tried another approach. Their molecular target was the cholesteryl ester transfer protein (CETP), which transfers cholesterol from HDL to low density lipoprotein (LDL) and other lipoprotein “bad guys” that are associated with[9] an increased risk of heart disease. If you block CETP, you keep HDL-C high, since it’s not being transferred out of HDL. Sounds like a good theory, but it resulted in even worse outcomes than niacin. Although a CETP inhibitor dramatically raised[10] HDL-C, not only did it not prevent CVD, it also increased the risk of death.

At this point, HDL-C’s status as a good guy is being called into question[11]. A recent meta-analysis[12] has suggested that it is more of a neutral character. However, HDL-C may be sometimes not just neutral. Recent animal evidence suggests that it may sometimes break bad. And HDL-C’s breaking bad involves a character with the ominous-sounding name SCARB1.

SCARB1 is a gene that encodes a protein known as scavenger receptor class BI (SR-BI, shown in Figure 1). The protein’s function[13] is to grab HDL-C out of HDL and bring it into cells. Since SR-BI takes cholesterol out of HDL in the bloodstream, it would lower blood HDL-C levels. According to the normal hypothesis of HDL-C being a “good guy,” this would make CVD worsen, since it’s lowering HDL-C levels. But, that’s not what happens in mice. Knocking out the SCARB1 instead induces CVD[14] in mice[15] while forcing mice to make more SR-BI protects against CVD[16] while also lowering HDL-C. This is exactly the opposite of what the good guy hypothesis would predict. 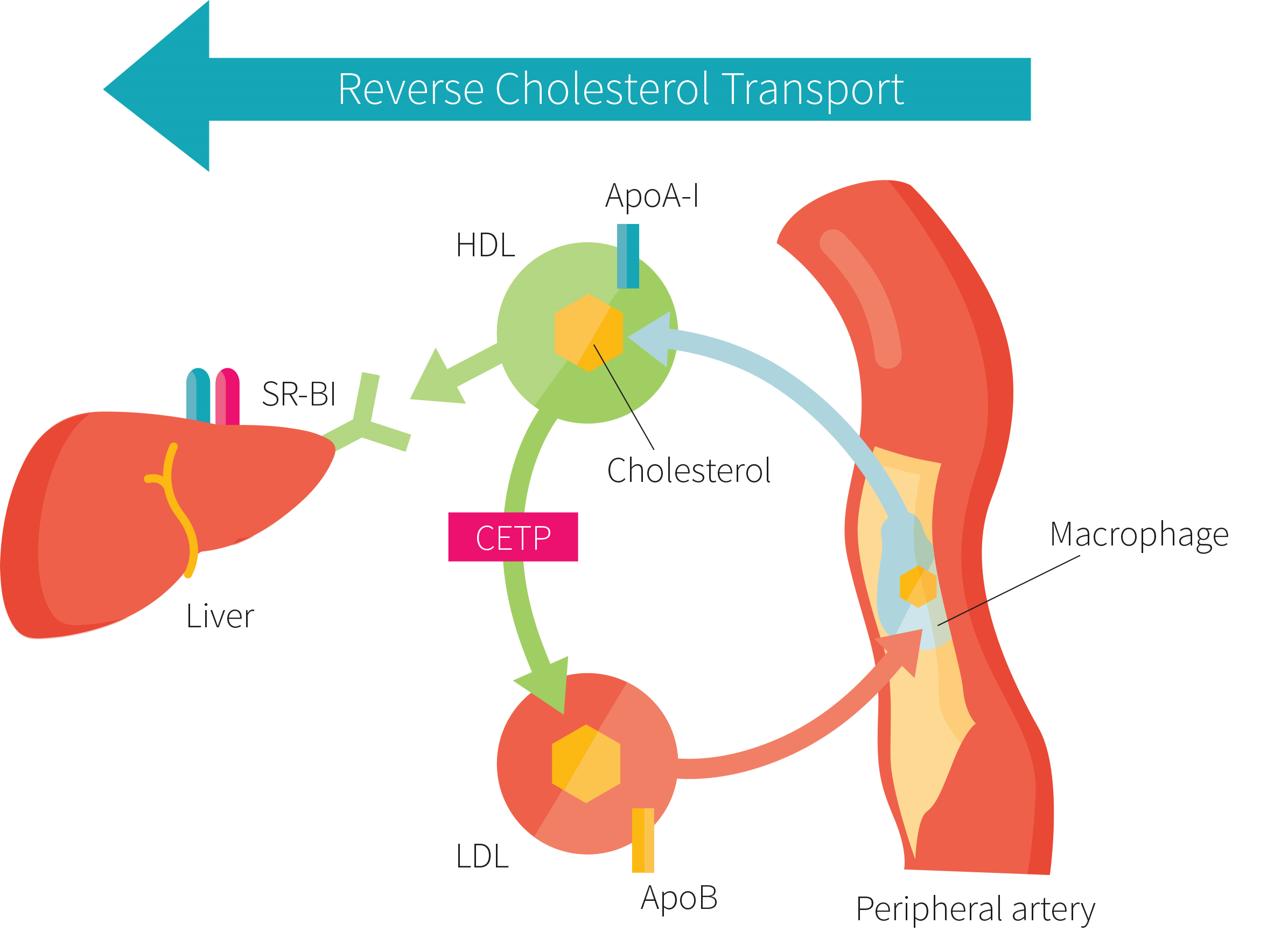 Why would this occur? It turns out that SR-BI may be acting as a drain for HDL to dump its cholesterol into in a process known as reverse cholesterol transport[17] (RCT). This process carries cholesterol away from the periphery where it clogs arteries and dumps it in the liver which can ultimately excrete some of it in the bile. By stopping up the drain through knocking out SCARB1, there is nowhere for the cholesterol to be dumped, so it just builds up in the blood. Indeed, this is exactly what is seen in mice[18]; when SR-BI is overexpressed, RCT increases and more HDL-C goes down the drain so to speak, and when it is knocked out, RCT decreases and HDL-C isn’t excreted.

But just because this happens in mice doesn’t mean that it would happen in humans. The aim of this paper is to find out if it would.

High density lipoprotein cholesterol (HDL-C) is known to correlate strongly with a lower risk of cardiovascular disease (CVD). However, pharmaceutical interventions that raise HDL-C have failed to show any protective effects. This suggests that correlation may not equal causation when HDL-C is concerned. Also, mouse studies have found that deleting a gene known as SCARB1 raises HDL-C levels while also inducing CVD. On the other hand, increasing gene expression leading to SR-BI protein production lowers both HDL-C and CVD risk by affecting reverse cholesterol transport (RCT) from the periphery to the liver. The purpose of this study was to determine if SCARB1 influences HDL-C and CVD similarly in humans.