Low-carb diets can reverse diabetes for some people, but they can be challenging to stick to, and longer-term efficacy remains uncertain.

Type 2 diabetes has been a constant challenge for researchers and clinicians for more than a century, if not longer[1]. Throughout its history, a cornerstone of treatment has been based on nutrition. Before the discovery of insulin 100 years ago in 1921, nutritional fasting was the only treatment available, but as pharmacotherapies (insulin, sulfonylureas, biguanides, etc.) have been developed, treatment has tended to emphasize these new technologies, pushing research on nutritional management to the side.

Perhaps due to an excessive focus on the available medical treatments, diabetes remission was considered impossible for decades. In the 1990s and 2000s, mention of diabetes remission in PubMed was limited to animal models, bariatric surgery, and experimental treatments like islet cell transplantation. Little attention was paid to the few extant human diet studies, and these studies focused on delaying diabetes progression[2], not putting the disease into remission entirely. Only recently have scientific[3], medical[4], and public health communities recognized the possibility of putting the disease in remission with diet and lifestyle changes.

As methodological rigor in nutritional studies has improved, so too has the confidence placed in nutrition therapies by professional organizations increased. For instance, the American College of Lifestyle Medicine[5], American Diabetes Association[6], Diabetes Canada[7], Diabetes UK, European Association for the Study of Diabetes[8], and other organizations now consider the evidence for low carbohydrate diet equally, if not more, compelling as the long standing low-to-moderate fat and consistent-carbohydrate diets recommended by government and other organizations like the American Academy of Nutrition and Dietetics[9]. 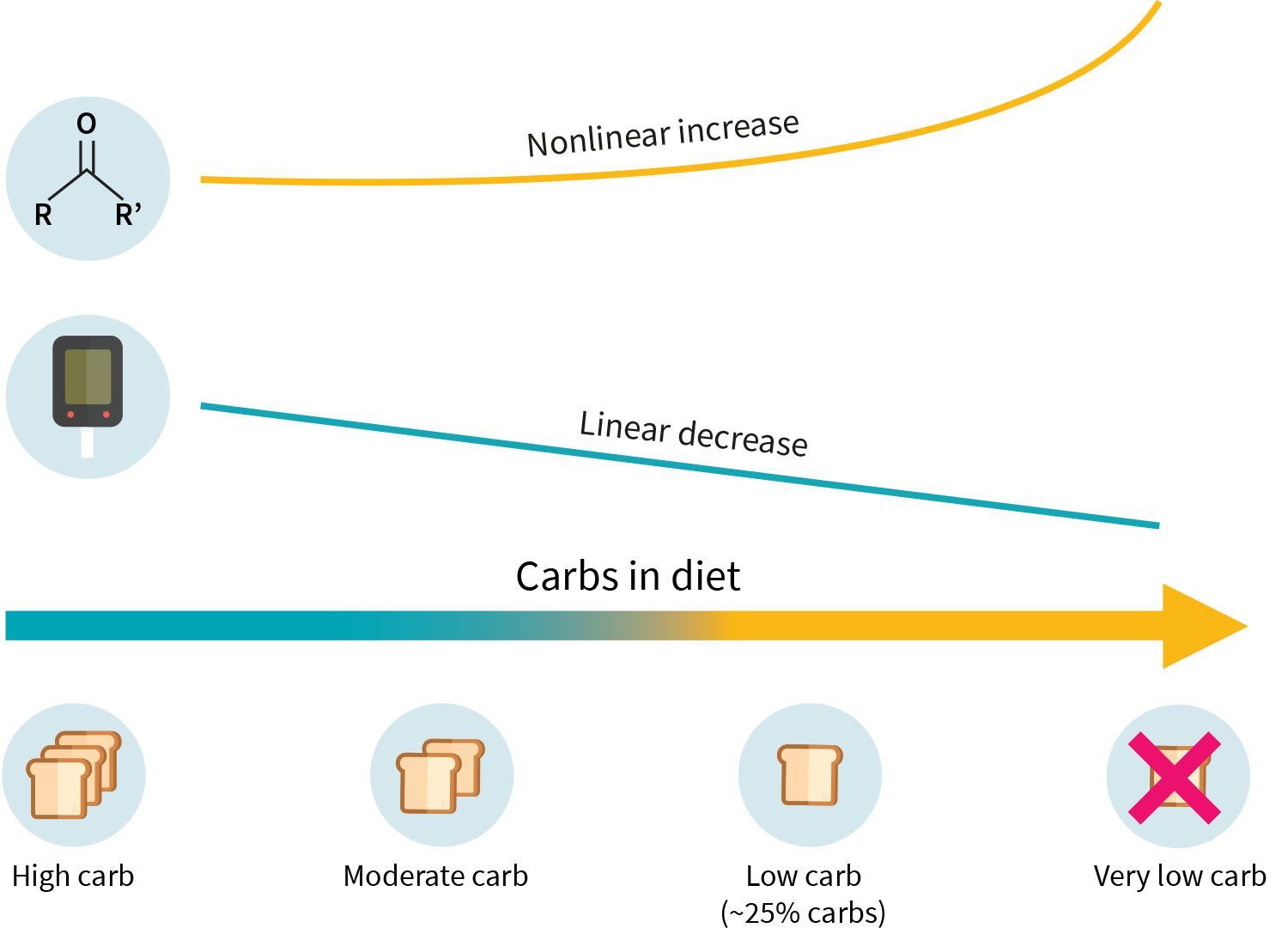 Other systematic reviews and meta-analyses[22][23][24][25][26] (the last of which was covered in Study Deep Dives #72) have tried to answer the question: how does low carb stack up against other diets for diabetes treatment? Lack of consensus on the definition of diabetes remission, the extent and definition of carbohydrate restriction, and the length of time during which people may expect to experience positive effects have all contributed to divergent results. This systematic review and meta-analysis aims to address some of the inconsistencies left by previous meta-analyses: the issues of what constitutes a “low carbohydrate” diet, and what constitutes diabetes reversal.

A number of randomized controlled trials comparing carbohydrate restriction with other diets for diabetes management have provided suggestive evidence that low carb diets may help to not just manage type 2 diabetes, but to actually send it into remission, as opposed to previous strategies that have aimed to slow the progression of the disease. This has been documented by a number of meta-analyses, and reflected by the revision of a number of professional organization position statements. Differences in study methodologies have so far made it difficult to compare the effects of different tiers of carbohydrate intake.